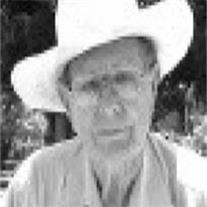 Send Photo of Ross A. Fish

Fish, Ross A.Our dear father, passed away on June 28th just 10 days after our mother. He was surrounded by his children as he took his last breath. He was born on 27 May 1919 in Lakeside, Arizona to Mahonri Lazelle “M. L.” Fish and Minnie Rose Adams. He was number six in a family of 10 children. From an early age he learned to work and get the job done. His father owned sawmills in Lakeside, AZ and dad worked in those sawmills for years and also owned his own sawmills. He also managed Reidhead Lumber Mill in Show Low, AZ for a number of years, worked at the mines in Globe, AZ [where he worked seven days a week and was paid $5.00 per day], built homes, had a lumber yard, had a furniture store, a dress store, a health food store, built office complexes, subdivided land, and helped anyone who needed him. About 1961 he bought land on North Country Club Drive in Mesa. He donated part of that land for Mesa Lutheran Hospital to be built on and across the street from it he developed a medical center. In his younger years he had a pilot’s license and he loved to fly. Dad came from a musical family. His family had the Fish Family Orchestra and for years they played for dances all over the White Mountains with dad playing the drums. That musical talent has been passed down through his descendents. At the age of 26, having a wife and three children, he was drafted in to the army during WWII. He served in the Pacific and was in Nagasaki and Hiroshima shortly after they were bombed. While in the Philippines he said they unloaded ammunition-one hour on and one hour off around the clock rain or shine. For over 30 days he never had a meal, just rations.He was a life-long member of The Church of Jesus Christ of Latter-Day Saints and as such held many positions. He worked with the scouts, was an Explorer leader, dance director, Sunday School President just to name a few. He served a stake mission and along with mom also served a four year mission at the Bishop’s Store House. Dad is survived by five children: Pat [David] Mobley, Pam Tyler, Dwight [Deborah] Fish, Debbie Brock and Mike [Marilyn] Fish. A son, Errol, pre-deceased him. He is also survived by a sister, Beuna Rose Becker and a brother Boyce [Grace] Fish. He leaves behind a posterity of 27 grandchildren, 60 great-grandchildren and six great-great grandchildren and his faithful dog, Moonie. His funeral will be at 10a.m. on July 9, 2011 at The Church of Jesus Christ of Latter-Day Saints, 933 E. Brown Road, Mesa, AZ. A viewing will be held from 9a.m. to 9:30a.m. before the service. Burial will be July 11, 2011 at 1p.m. in the Lakeside, Arizona Cemetery. Funeral arrangements are being handled by Bunker Mortuary, 33 N. Centennial Way, Mesa, AZ 85201.