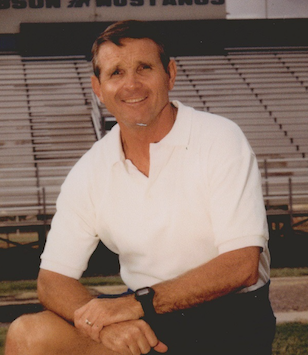 Ronald W Hunt of Mesa, Arizona passed away on September 7, 2016 at the age of 74. Ron was born on March 16, 1942 to John and Mathilda in Phoenix, Arizona. He served an LDS mission in the Eastern States as a young man. In 1966 he was sealed to his beloved wife of 50 years, Jeanne (Pace), in the Mesa, Arizona Temple. Ron and Jeanne were blessed with four children Stacey (Jim Ball), Tim (Nancy), Crystal (Matthew Brown) and Bryan (Sarah) and 19 grandchildren.

Ron received his bachelor’s degree from Brigham Young University and his master’s degree from Arizona State University. Ron was a coach and P.E. teacher for nearly 40 years in the Mesa Public Schools District (Mesa Jr. High, Dobson and Mesa High School). Friday nights were a big deal at the Hunt home for many years. Ron forged lifetime friendships with the coaches he worked with and influenced hundreds of young men throughout the years to be the very best they could be both on and off the field.

After retiring, Ron served a mission with Jeanne in the Washington D.C. temple. Ron really enjoyed fishing and loved spending time with his family. He was preceded in death by his mother and father, his brother Elwood and is survived by his sister, Barbara Johnston (Ken) and Rosemary (Elwood’s wife).  A celebration of his life will be held at the Mesa East Stake Center at 2228 E Brown Road, Mesa, on Saturday, September 17, 2016 at 10:00 AM. Bunker’s Garden Chapel is handling the arrangements.