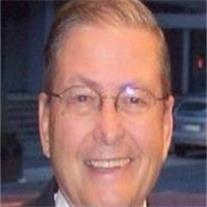 Ronald Norman Frost, 78, passed away on January 17, 2013 after a courageous battle with pancreatic cancer. Ron was born in Boise, Idaho on November 25, 1934 to Norman and Lucille Frost. He married Catherine (Katie) Louise Lund in the Salt Lake Temple and they are the parents of six children. Following Katie’s death in 2005, Ron married Carol Barratt Mortensen. Ron is a graduate of Brigham Young University and Georgetown University Dental School. He had two successful dental practices, the first in Arlington, Virginia and the second in Mesa, Arizona. Ron gave a lifetime of service to his community and as a member of the Church of Jesus Christ of Latter-day Saints. At the age of 21, he served a full-time LDS mission in Switzerland, where he gained a love of the German language and culture. As a senior missionary he served with Katie in Chile, Florida and Switzerland and twice with Carol in Germany. He is survived by his wife Carol and his six children, Stacey Owens (Mark) of St. George, Utah, Anne Martin (David), Bill Frost (Kelly), Stuart Frost (Christina), Steven Frost (Rhonda) and Christine Hamberlin (Jim) all of Mesa, Arizona. He had 25 grandchildren and 7 great grandchildren. He is survived by his brothers, Richard and Terry Frost and his sister Marilyn Crandall, all of Utah. Ron loved traveling, photography and playing the piano. He was generous in his desire to help others and is dearly loved. He touched the lives of many all over the world and will be deeply missed. Visitation will be held Friday, January 25, 2013 from 6-8 pm at Bunker’s Garden Chapel, 33 N. Centennial Way, Mesa, AZ. Funeral Services will be Saturday, January 26, 2013 at 10:00 am at the North Stake Center, 933 E. Brown Road, Mesa, AZ with visitation one hour prior.