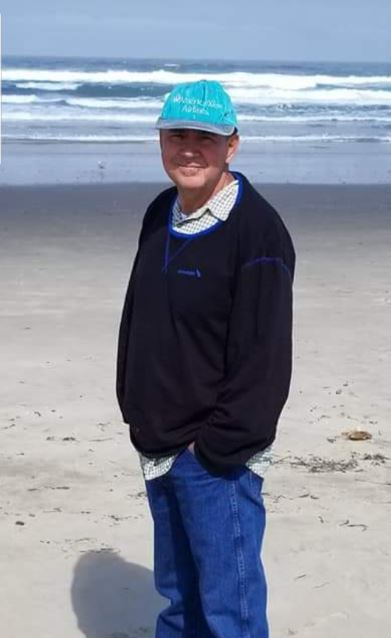 Rogers Arvard Smith, 62, returned home to his Heavenly Father on June 3, 2020 after a 3-year battle with lung cancer.  He passed away at home surrounded by his loving family.  He was born January 7, 1958 in El Paso, Texas to Arvard R. Smith and Lenna Whetten Smith who were ecstatic to finally have a son after having 5 daughters!  Two more sons and a daughter completed their family.  Rogers grew up in El Paso until the age of 12 when his family moved “back home” to Mesa, Arizona.  He graduated from Westwood High School in 1976 where he played the drums in the marching band.  Rogers served a mission for The Church of Jesus Christ of Latter-day Saints from 1977 – 1979 in the Buenos Aires Argentina North Mission.  He attended BYU where he met his dear wife Katherine Brinkman and they were married on September 11, 1982 in the Idaho Falls, Idaho Temple.  Together they have 5 children and 6 grandchildren.  Their first son died shortly after birth.

Rogers was a salesman- one of his first jobs was selling time shares at the Roundhouse Resort in Pinetop, Arizona.  The last 30 years of his life he worked for the airlines, beginning with America West, which became US Airways, which is now American Airlines.

Rogers loved to fly and traveled the world, but his favorite destinations were visiting his children and grandchildren.  He loved traveling to Mexico and especially visiting his lifelong friends he made while on his mission to Argentina.  He was able to take his wife, kids, and former missionary companions on several of those trips to Argentina.

Rogers was a great husband, father, friend and was loved by all he associated with.  He was a lifelong active member of The Church of Jesus Christ of Latter-day Saints serving in various callings throughout his life.  He had a strong testimony of his Savior Jesus Christ.  He will be dearly missed by his family, friends and co-workers.