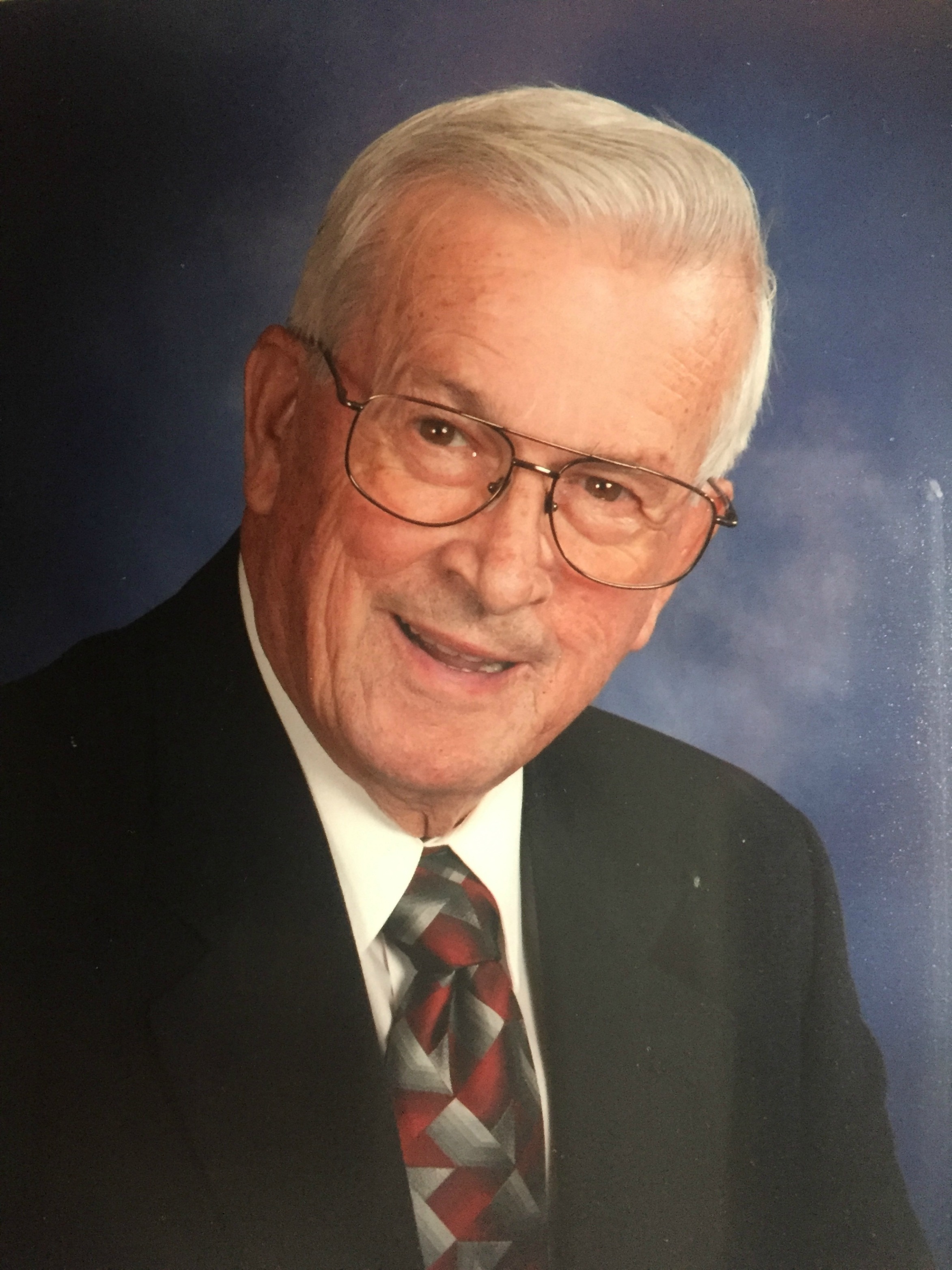 Roger was raised outside Grove, Oklahoma and trusted the Lord Jesus Christ as his Savior in 1941.  He went on to attend the University of Illinois before graduating from Moody Bible Institute of Chicago in 1955.  He ministered as an Associate Pastor at Belden Regular Baptist Church from 1957-1960, as Pastor of Calvary Baptist Church in Menomonee Falls, Wisconsin from 1960-1970, before moving to Arizona and founding Calvary Baptist Church in Mesa where he pastored from 1970-1998 when he retired.  He joked about “flunking” retirement and went back to work as a small engine mechanic, working for Gothic Landscape before finishing with Green Innovations in the fall of 2015.  Over the years he served on the board at Shepherd’s Home and School in Union Grove Wisconsin. He was also actively involved in the ministries of  Camp Manitoumi (Illinois), Camp Fairwood (Wisconsin), and Camp Tishomingo in northern Arizona.  He led his churches through numerous building projects.  He actively supported the General Association of Regular Baptist Churches, and faithfully served in the State church fellowships wherever he was ministering.

Roger loved the Lord and preaching God’s Word.  He thoroughly enjoyed working with his hands, planting flowers, a good hand of Rook, and taking care of whatever car he owned at the time.  Roger also liked the menu at Taco Bell, and a cold Dr. Pepper after a hot day of work.  He was not a talkative man, but many people appreciated his wise counsel, wry sense of humor, and consistent example of fidelity, integrity, humility, and service.

Visitation will be held on Friday, February 12, 2016 at Bunker’s University Chapel, 3529 E. University Drive, Mesa, AZ 85213 from 5-8 PM. Flowers can be sent there on his behalf.  The Funeral Service will be at 10 AM on Saturday, February 13, 2016, at Calvary Baptist Church, 3810 E. University Drive, Mesa Arizona 85205, with Rev. David Swope officiating. Memorial gifts could be made to Camp Tishomingo C/O Jim Rakoci 10075 N. Scott Dr. Casa Grande, AZ 85122. “Camp Tishamingo”, is a ministry to which Roger was deeply committed over the years. The graveside service will be at Mesa Cemetery.