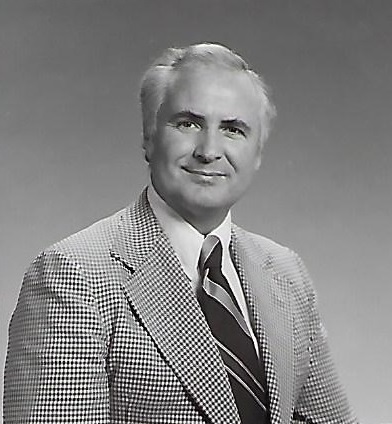 Robert Taylor Neville, loving husband, father, grandfather, and Great Papa, passed peacefully at home in his sleep on October 17, 2020.  He lived a 90-year life full of Christ-like service and love for his family.

Robert was born June 28, 1930 in Salt Lake City, Utah of pioneer-stock parents—Joseph and Julia Neville.  He and his four siblings spent their early years in rugged Escalante, Utah while his father engineered the building of rural roads and bridges.  After moving to Ogden, Bob graduated from Weber College and prepared to serve as a missionary for the Church of Jesus Christ of Latter-Day Saints.  He and his identical twin brother, Bruce, served together in post-WWII Germany and were even companions at the end of their missions.

Bob returned to his parent’s home in Kaysville, Utah where he met and married his eternal sweetheart, Maxine Burton.  They were married in the Salt Lake Temple and were together more than 66 years; their love continues forever. During the Korean Conflict, Bob joined the United States Air Force as a flight engineer on B-36 bombers.  After his military career he graduated from the University of Utah with degrees in Accounting and Law. He and Maxine settled in Scottsdale, AZ where they raised their family and enjoyed a successful law practice.

Robert had a firm testimony of The Book of Mormon and was very active in the Church of Jesus Christ of Latter-Day Saints.  He served in many callings including Scoutmaster, Young Men’s leader, multiple Bishoprics, and especially enjoyed his service as the Bishop of the Mesa 54th YSA Ward. In later years, he and Maxine moved to Gilbert and together served Church missions in Ketchikan, Alaska and  Washington D.C., along with many years as ordinance workers in the Mesa and Gilbert temples. While he loved serving in the church, Bob also enjoyed serving in his community. Upon retiring from the practice of law, he provided free legal service for 18 years at the Mesa Senior Center.

Bob thoroughly enjoyed life, especially all outdoor activities.  The family made many memories together attending local sporting events, camping, lake trips, family beach vacations, as well as backpacking, river rafting, and fishing in wild Alaska. He also obtained his pilot’s license and flew his own plane. But above all, Bob cherished his family and loved the Savior.

Robert is survived by his lovely wife, Maxine, and his five children—Scot (Kim); Julie (Len); Chris (Cathy); Suzanne (Brad); and David.  He leaves a wonderful posterity of 19 grandchildren and 26 great grandchildren with more to come.

Funeral services will be privately held with family at 10:00 a.m., Saturday, October 24.  Those wishing to virtually attend the service can visit the link on this site below.