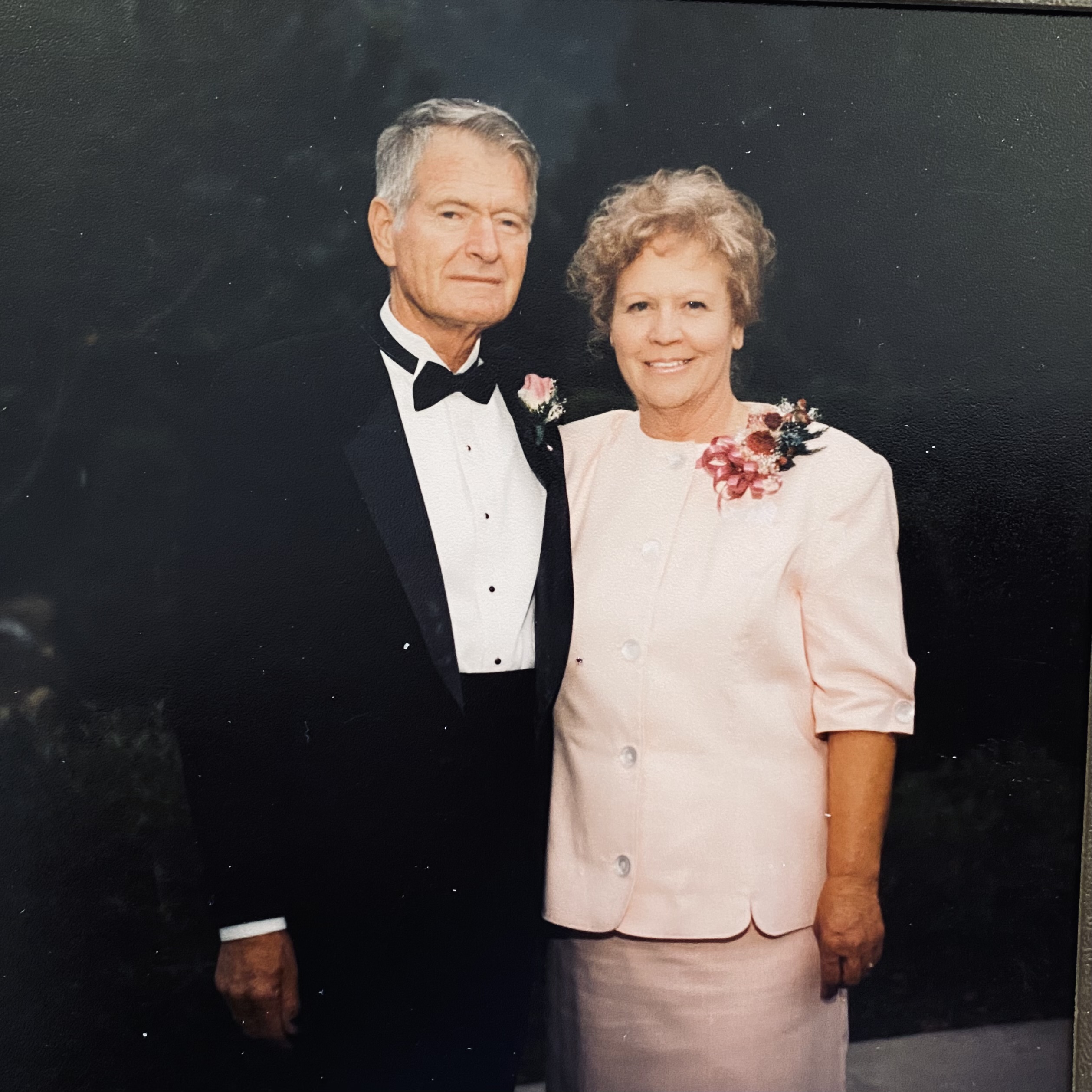 Robert Raymond Farnsworth was born in 1925 and passed away on December 10, 2021, at 96 years of age. He was born in Colonia Chuichupa, Chihuahua, Mexico. He came to the Phoenix Valley as a young boy with his parents, Raymond Alonzo “RA” Farnsworth and Ellen Beecroft Farnsworth, and his younger siblings, Marion, Bertha, Alene and Ronnie. He married the amazing Doris Dixon in the Mesa Temple in 1952 and they raised three children, Raymond, Lana, and Wayne.

He had an unmatched capacity for physical work and was an accomplished farmer. He built up the family dairy near Guadalupe and Gilbert roads in Gilbert until the early 1970s, and the Duncan and Prescott ranches afterward. He selflessly provided a great deal of daily care to his quadriplegic father RA for about 40 years until RA passed away. He farmed in the Casa Grande/Eloy area from the early 1980s until about 2010.

He also had an unmatched capacity for talking, especially about the restored Gospel, and for giving long prayers. He served 4 months of a mission in Mexico in 1950-51 until he was asked by his family to return home to care for his father and help run their farm. His sharing of the Gospel continued through his life with everyone he met and over the years many joined the Church through his introduction. His prayers are also legendary. He taught his kids more of the Gospel than sometimes they wanted to know, and they are all better for it. His life and example continue to bless the generations. He loved all of his grandchildren and was always interested in what they were doing and their successes and challenges.

From 2010 to 2016, he cared for his wonderful wife Doris during her incapacity by visiting her and feeding her every day. Always looking for the next opportunity, at about age 90 he took on jobs as a security guard, Uber driver(!), and landscaper (where he was winner of the Employee of the Year award). Those are the ones that his kids know about. He drove his car until he was no longer insurable, and then drove his adult tricycle around Gilbert and beyond. In the weeks before passing he had plans to buy some Holstein calves.

We thank the Gilbert Police and Fire Department personnel, the bike shop team, and kind strangers that in his last years regularly helped him on his outings and knew him on a first-name basis. We also thank his family members, namely Sandi and Travis and family, for taking him in during his last decade and their angelic service to him. He was blessed to be able to pass quickly and to speak to many of his loved ones immediately before leaving this life.

So much more could be said. We will have a graveside service for him on Saturday, December 18, at 2:00 p.m., at the Eden Cemetery in Eden, Arizona. We know not everyone can make it, especially with the holidays. For those of you who can’t make it, we hope over the holidays you can gather your family, have some enchiladas and tacos (Raymond’s favorites), and share some kind words about Raymond and your connection with him.