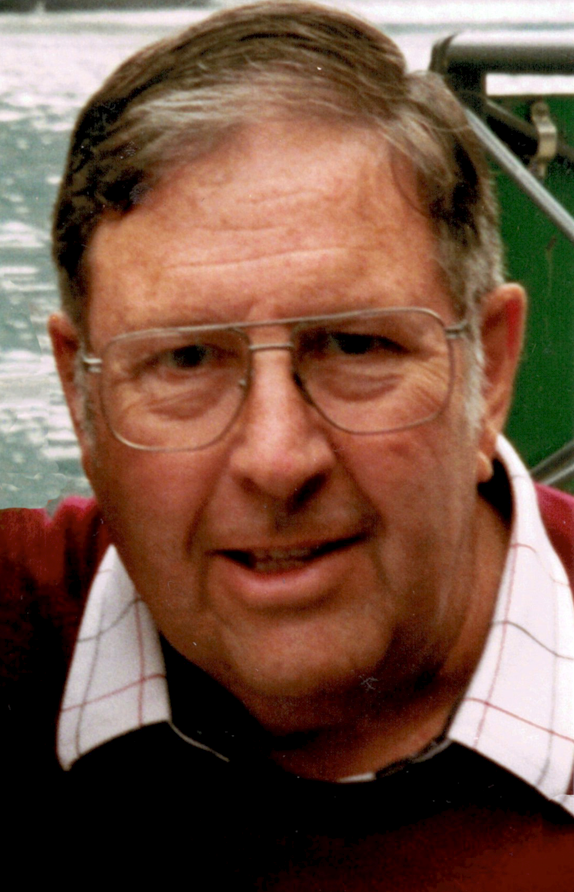 Robert was born in Buffalo, New York on April 1, 1931 to John Abner Handy and Yvonne Fernande Blaise.  He studied engineering at Trinity College and received MS and PhD degrees in Electrical Engineering from Northwestern University.  He served as an officer in the US Navy between 1955 and 1957.

He married Bernice Emily Reist in Buffalo, on July 2, 1955.  Their lives have been intertwined in love and kindness ever since.  They were blessed with three children:  Mary Holst (Shane), Robert (TaRee), and David (Shauna), and nine grandchildren, with eleven great-grandchildren (and counting).

Beginning in 1961, Robert worked in various scientific and managerial roles for Westinghouse in Pittsburgh, and Motorola in Phoenix.  In the late 70’s he served as the head of the Solar Energy initiative for the state of Arizona.  In 1984, he received a Juris Doctor degree from Arizona State University and began a second career as a patent attorney.  He worked first for Motorola where he led their intellectual property division for eastern Europe.  Beginning in 1998 he continued as a patent attorney in private practice.

Robert and Niecie lived, worked, and traveled together all around the world.  From their beginnings in Buffalo, their adventures together took them to homes in Oakland, California, Guam, Chicago, Pittsburgh, Phoenix, St-Ismier France (near Grenoble), Wiesbaden Germany, Gilbert Arizona, and the served a teaching mission for the Church of Jesus Christ of Latter-Day Saints in Quingdao China.  One of the highlights of their retirement years was spending the summers on their boat named “Blissful Seas” cruising the San Juan Islands off the coast of Washington and Canada. Excursions with Robert and Niece on the Blissful Seas became a favorite summer pastime for their friends and family. Their talents have blessed the lives of their family, as well as friends, colleagues, and students in many countries.  He especially loved his service with the young adults of the Church.

Robert’s faith in Jesus Christ is firm and unquestioning.  He knows that his passing is simply the beginning of a brief separation from those who remain here.  And that it is also the beginning of many reunions with those who have gone on before.  His talents, kindness, and compassion will continue to bless the lives of all who know him, in this life and in the life to come.

Funeral services will be held at 11 AM on Saturday, December 11, 2021, at the Church of Jesus Christ of Latter-day Saints chapel, 1005 N Voyager Drive, Gilbert, Arizona.  A viewing will precede the funeral at 10 AM.  Niecie and the family invite all who knew Robert to come celebrate his life with them.

The services will also be streamed live at https://youtu.be/Kys_2H3q04k