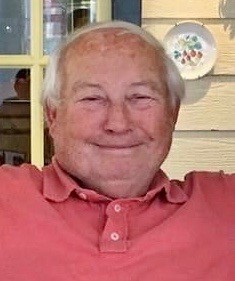 Bob Brown, formally of Shellsburg and Cedar Rapids, Iowa, passed away suddenly on April 21, 2020, surrounded by his three daughters.  A celebration of life will be held at a later date.

Bob was born March 13, 1939 in Independence, Iowa to Ralph and Laurel Brown.  He graduated from Van Horne High School in 1956.  He was active in all sports and was proud to be a Van Horne Hornet baseball catcher.

While employed at Armstrong’s  Department Store Bob met Barbara Ettinger and soon married on September 26, 1959.  Bob  began his career at Collins Radio, later Rockwell International in 1960 and retiring 35 years later.  As a Hawkeye fan he worked for Per Mar for over 30 years in Iowa City in various roles, including escorting luminaries such as John Wooden and Bobby Knight.

Bob enjoyed woodworking, sports cars, motorcycles, the Hawkeyes, Chicago Cubs, golf and winters in Arizona. He later made Arizona his permanent home.  He is proceeded in death by his wife, Barbara Brown; parents and brother, Brad Brown; and grandson Ryan.

Bob will always be remembered for his selflessness, kindness, zest for life, and impish grin.  He was instrumental in establishing and operating the food pantry in Shellsburg, assisting others in his community by providing his time and talent.  He also provided “Uber services” for those  who needed transportation or errands.  He was the neighborhood handyman.