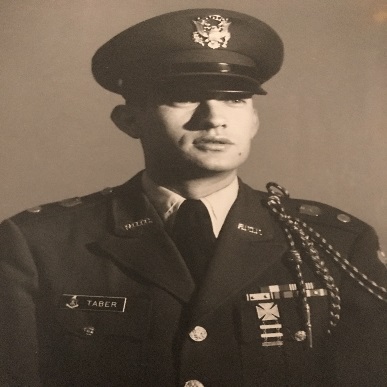 Robert Joseph Taber, 80, Lt. Colonel, United States Army (retired), passed away peacefully on August 1, 2018, in Mesa, Arizona.  He is survived by his wife of 55 years, Mary Ann, and daughters Lynn, Laura and Joyce.  Private funeral services will be held on Tuesday, August 7, 2018, at 10:30 a.m. at the National Memorial Cemetery of Arizona.  Robert will be given full military honors including the playing of “Taps,” the folding and presentation of the United States flag to Mary Ann, and the firing of the volleys.  For more information please contact Bunker Family Funerals, 480-830-4105, www.bunkerfuneral.com,  University Chapel, 3529 East University Drive, Mesa, Arizona 85213.

Bob is preceded in death by his parents, Thad and Mary Taber, and his brothers, Gene, Paul, Albert (Dude) and Leon.  Bob and his brothers shared a tradition of service in the United States Armed Forces, serving during World War II, the Korean War, and the Vietnam War.

Bob had a strong appreciation of education, history, and travel.  He loved movies and music; his favorite movie was Gone with the Wind, his favorite musician was Elvis Presley, and his favorite travel destination was the Acropolis in Athens, Greece.  He chose to retire in Arizona as he loved the dessert.

In lieu of flowers, Bob was a supporter of The American Legion and would appreciate donations made in his name to their Legacy Scholarship Fund.  The American Legion Legacy Scholarship Fund helps ensure higher education is a possibility for children who lost a parent to death on active duty, or suffered a service-connected disability rated 50 percent or greater by the VA, since the terrorist attacks of Sept. 11, 2001.  Donations can be made at https://www.members.legion.org/tal/donatenow#legion-org-header or by check to The American Legion (317-630-1200), P.O. Box 1055, Indianapolis, Indiana 46206.