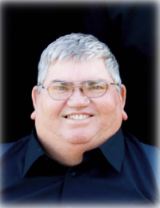 Robert “Bobby” Dale Ethington, 67, of Mesa, Arizona, passed away at home surrounded by family on October 8, 2015. Bobby was born in Tempe, AZ on November 7, 1947 to Leonard and Eloise Ethington. Bobby spent his childhood working alongside his dad and brothers on a neighbor’s dairy in Chandler, AZ. Bobby married his eternal companion, Sally Harris, in the Logan, Utah LDS Temple on March 19, 1976.

Bobby loved to spend time with family and was always supportive when it came to his children and never missed a family reunion with his siblings. Bobby loved to work on his dairy in Idaho where he milked cows and raised calves. For the last 20 years he has worked alongside his brothers in concrete construction in Arizona. Bobby was active in the Church of Jesus Christ of Latter-day Saints.