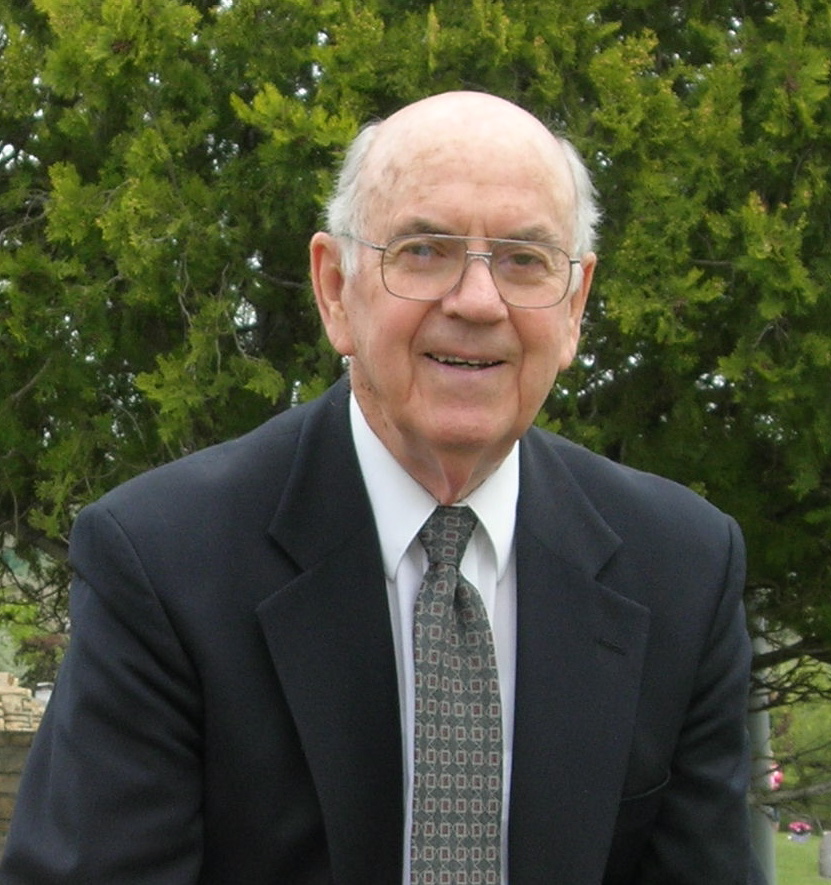 Richard was born August 30th, 1928 in Oak City, Utah to Leo and Lydia Lyman Finlinson and was the youngest of 8 children. He married LaVon Williams of Spanish Fork, Utah on March 17, 1952, in the Salt Lake Temple. They celebrated 63 years of marriage before LaVon’s passing in September 2015.

Richard served as a missionary in the Netherlands Mission for 2 ½ years, afterward entering the Army and serving in Vienna, Austria for one year as a Medic.

After graduating from Brigham Young University, Richard began his career in Elementary Education, a few years in teaching and ultimately as an elementary principal for many years in the Mesa Public School District. Dick and LaVon lived in Oak City, UT; Paul, ID, where they homesteaded a farm; and Mesa, AZ since 1965, where they raised their family. When he retired in 1991, he took care of LaVon who became wheelchair bound with rheumatoid arthritis, until her death in 2015.

Richard was a kind and loving father and husband. He was a hard worker and serving others was instinctive from a young age. He served the individual and went to every effort to make sure needs were well taken care of. He had a unique gift of making everyone feel valued and loved. He was consistently in contact with family in person and by telephone and his children considered him as “command central.”

Richard will forever be remembered by his daily journal writing for well over 40 years, 2-dollar bills in birthday and holiday cards to grandkids, growing the best Arizona oranges ever, and he and LaVon’s collection of beautiful paintings. He had a wonderful tenor voice and loved the old time Mormon hymns. Temple work and family history have been a life passion.

Spending summers in their downtown Salt Lake condo, Richard loved talking to those visiting the downtown area, answering any questions, showing them around or on occasion, inviting them to their home for a bite to eat. He knew no stranger and had friends around the world. Missionary work was engrained into the lives of Richard and LaVon, bringing the gospel message to many, creating lifelong friendships and memories.

Richard was a faithful member of the Church of Jesus Christ of Latter-day Saints. He served as a Bishop in the Paul Idaho 2nd Ward and five years as a Scoutmaster in Arizona. At the age of 50, he was called by Elder Thomas S. Monson to serve as a Stake Patriarch in the Mesa East Stake and later in the Mesa Central Stake. This calling brought many choice experiences and opportunities to touch lives.