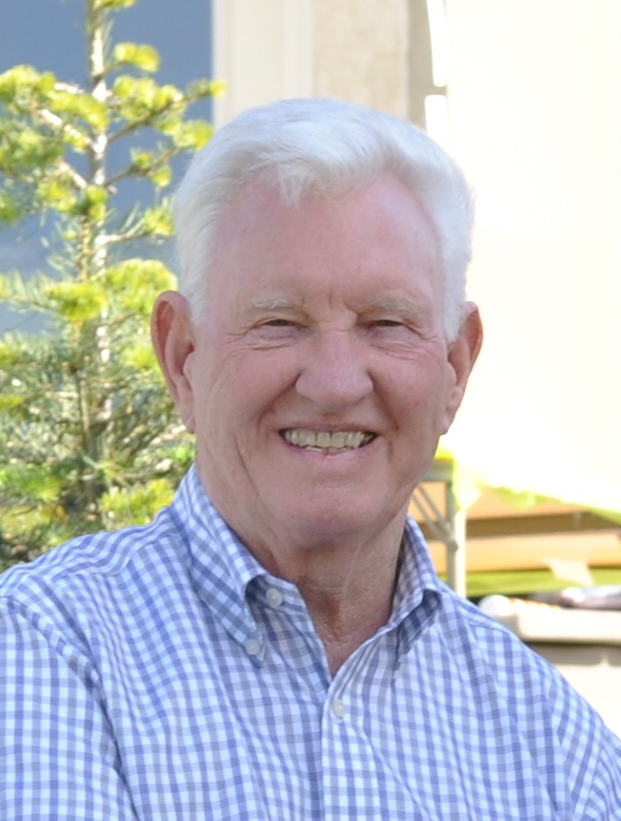 In the early morning hours of December 29, 2021, the world lost the luster of an honorable man. Richard (Dick) Eugene Lee quietly passed away holding hands with his sweetheart of sixty-six years. Through the Christmas holiday and on the evening of his passing, he had the blessing of visiting with his children and many of his grandchildren.

Dick was born the youngest of four children on June 2, 1936, in Long Pine Nebraska to Willis Earl Lee and Grace Briggs Lee. Shortly after his birth, his family moved to Scotts Bluff, Nebraska. At thirteen, because of his father’s health, the family established their home in Mesa, Arizona. Dick graduated from Mesa High School and began his studies at Arizona State University, graduating in June, 1961.  He completed several graduate courses in geography as well as architectural design.

Dick married Sandra Lyn Hall on September 26, 1955. He is survived by his eternal companion and four children: Jaci Lyn (Dave Nielson), Joni Kay (Dennis Neuenschwander), Timothy Shane, and Jeffrey Troy, as well as five grandchildren and fourteen great grandchildren. Following his conversion to the Church of Jesus Christ of Latter-day Saints, Dick and Sandra were sealed in the Mesa Arizona temple on June 9, 1961. Throughout his life, Dick was a devoted disciple, fulfilling numerous callings in the Church, including service in bishoprics and stake presidencies. He and Sandra also fulfilled an extended senior missionary assignment in the Gunnison Utah prison.

A proud United States Air Force veteran, Dick flew military transports. During his six years of service (1961-1967), he received the Vietnam Service Medal, the National Defense Service Medal, the Air Force Outstanding Unit Award, and the Republic of Vietnam Campaign Medal. He completed his service with the rank of captain. Following his discharge, he flew for United Air Lines until his retirement in 1985.

Dick thirsted for knowledge. He was an avid researcher and reader, always learning. If he didn’t know how to do something, he simply bought a book and figured it out. He used this gift to renovate a dilapidated hundred- and ten-year-old house in Salina, Utah. He was an avid genealogist, compiling many generations of his family. Following retirement, he and Sandra toured the country in their fifth wheel to complete his research.

Above all, Dick was a family man. He was deeply devoted to his wife and family. He was immensely proud of his children and their accomplishments. His righteous influence will be felt through succeeding generations of his posterity. His life was an example of commitment and steadfastness to his faith and to the eternal principles of the gospel of Jesus Christ.

Grave side services with military honors will be held at two p.m. on Wednesday, January 5, 2022, in the Mesa City Cemetery.