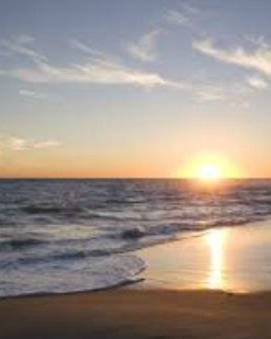 Richard Clifford Silva, age 89, beloved son, brother, father, grandfather, and friend, passed away April, 5, 2018 in Gilbert, Arizona. Cliff was born May 1, 1928 in Merced, California to Tony and Margaret (Souza) Silva and lived in Fremont, California most of his life.

His daughter moved him to Gilbert, Arizona in 2010 after Cliff suffered a stroke. He served as a stenographer in the Army where he received a Bronze Star for meritorious service under General George H. Decker and also served in the Korean War for a second tour of duty. On his return to civilian life, Cliff worked as an accountant for Ford Motor Company for 53 years. He was skilled at drawing and cooking, but he loved most to hike Mission Peak not far from his Fremont home. He loved collecting and decorating with those items that brought him joy.

He is survived by his daughter, Peggy Shumway of Gilbert, AZ; a step-son, Kenneth Laeger of Birmingham, Alabama; four grandsons, Jared, Kevin, Taylor, and Adam Shumway; two great-grandsons, Liam and Declan Shumway; and various nieces and friends. He was preceded in death by his parents and two sisters, Helen Whittle and Marilyn Hoffman.

Visitation will be held at The Church of Jesus Christ of Latter-day Saints, 230 N. Val Vista Drive, Gilbert, AZ 85234 on Saturday, April 14, 2018 at 2 PM. Funeral services will follow at 3 PM. Interment will take place at the Rolling Hills Memorial Park in Richmond California on April 19. The family would like to express thanks for the help and care given by the A&M Group Home and by Hospice of the Valley. Arrangements by Bunkers’ Garden Chapel.