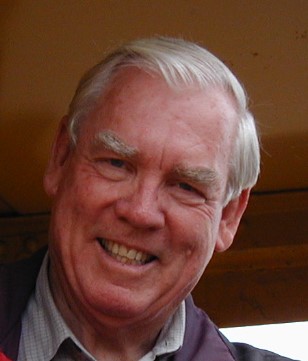 Rex Delos Crandall slipped the mortal bonds of this world and passed away peacefully on Monday, June 24, 2019, with his family by his side, at the Citrus Grove Assisted Living Facility in Mesa, Arizona.   Rex was 82 years old.

Rex’s was the kindest and gentlest of souls.  Throughout his upbringing in Safford, Arizona, and later adventures that would take him around the world from China to South America, Rex carried a quiet confidence that was widely recognized as his defining quality, and that served as an impenetrable bedrock on which the guiding principles of his life were anchored.  Those who knew Rex best were astonished at his tenacity that drove him to always try his very best and choose the right, even when it was unpopular to do so.

Throughout his life, Rex quietly and selflessly served others, most often in the background away from the limelight and the crowds, but always with the purest of intentions. Time and time again, Rex considered and put the needs and desires of those around him above his own. He was the first to help out when help was needed, and the last one standing before it was all done.

Rex was a patriot, who enlisted in the Air Force at the age of 18 and selflessly served his country for over 3 years, beginning in 1955.  He was stationed at various bases across the country, including locations in California, Mississippi, Alaska, and Texas.  Despite serving with honor and distinction, he never sought recognition for his service, always shying away from the spotlight where the focus would be too much on himself.

Rex was a faithful and lifelong member of the Church of Jesus Christ of Latter-Day Saints.  He spent 3 ½ years of his life serving two full-time missions: one as a young man of 22 in the Central Atlantic States mission, beginning in 1958, and the second at 73, alongside his eternal companion, in the Birmingham England Mission, beginning in 2009.

When he wasn’t serving as a full-time missionary, Rex continued to volunteer his time and talents, valiantly fulfilling church callings continuously throughout his life.  Some of his more demanding callings included serving in various bishoprics, the high council, and 10 years as a worker in the Mesa, Arizona Temple.  His most enjoyable calling was serving as assistant stake clerk in the Tempe Arizona University Stake, where his wife also served, and where they worked together to help shape the lives of young adults across the Phoenix metro area.

Rex was an avid, life-long reader, whose copious book collection filled several bookcases.  This love of reading was a key asset that helped him find great success in higher education.  On May 27, 1966, he graduated from ASU with a Bachelor of Science in Sociology.  Later, Rex would add to his accomplishments in higher education by graduating from NAU with a Master’s in Education Counseling in May, 1977.

Rex’s love of education, combined with his innate desire to serve and help others, guided his employment opportunities throughout his life.  He worked as a probation officer, university teacher, vocational counselor/evaluator, and, for the last twenty years before retirement, as a teacher for the Arizona State Prison in Florence, Arizona.  His greatest accomplishments and job satisfaction came

from working with those inmates who truly wanted to overcome their challenges and better their lives through education.

While Rex’s body began to fail him in his later years, his incredibly strong soul and mind gave him the strength to persevere and transcend what became regular and daily pain. Yet, as Rex experienced a slow but persistent decline in body, his spirit remained as resilient as ever, which gave him enough strength that he rarely complained, even in the face of serious health issues, but continued to trudge on doing good works for others.

There was something pure and innocent about Rex’s soul. This was perhaps most evident whenever he had the opportunity to interact with his children, especially when they were young, and later his grandchildren and great-grandchildren. Rex made a special connection with them that is impossible to explain or replicate, but is plainly evident to any observer viewing a picture or video of those precious interactions.

Rex was a hard worker, loving and devoted husband, and amazing father, grandfather, and great grandfather.  He is survived by his loving wife, Linda, sons Richard and Justin, daughters Kaylene, Michelle, and Kristie, sister Junell, 29 grandchildren, and 11 great-grandchildren.