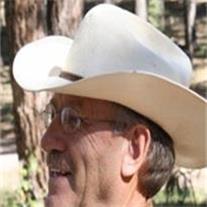 Reuben Paul Eagar, 62, was born in Springerville, AZ to Paul and Edith Eagar. He spent his childhood years in Eagar, enjoying the carefree lifestyle of the rural area. In his teenage years he worked along side his father and brother, Evan, at the family service station. He graduated from Round Valley High School in 1966. After attending Mesa Community College for one year, he fulfilled an LDS mission to Ontario Canada.

Upon returning from Canada, Reuben attended MCC and ASU. He and Helen Hamblin were married in the Mesa Arizona Temple in 1970 and began their 41 years of married life in Mesa. Reuben was in his 40th year of employment with Farnsworth Homes. He started out working on a framing crew. He has been a General Superintendent, Remodel Department Manager, and House Planner/Sub-division Manager. At the time of his death Reuben was President of Farnsworth Homes, Inc. He very much enjoyed his many years of working in the Young Men’s organization of the LDS Church and served as Bishop of the Mesa 46th ward from 1988-1993. He is survived by his sweetheart, Helen, daughter Nicole Conway (Cory), sons Lincoln (Anna), Matthew (Stacy), Clay (Jewelia), Kolter (Lindsey), and C.J. (Lisa), thirteen wonderful grandchildren, and sister Nina Pickering. He is preceded in death by his parents Paul and Edith, sister Judith, brother Evan, and granddaughter Shaye. He was an avid horseman and enjoyed seeing Arizona on horseback with family and friends. Above all his favorite thing to do was to spend quality time with his family. A giant among men, he truly was a man of velvet and steel. Reuben passed away on May 2, 2011 in Phoenix, Arizona. Funeral services will be on Friday May 6, 2011 at 11am at the Mesa East Stake Center at 2228 E. Brown Road, Mesa, AZ. Viewing will be Thursday, May 5 from 6 to 8 p.m. at Bunker’s Garden Chapel, 33 N. Centennial Way.