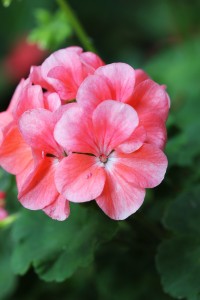 Reta R. Lindsay passed peacefully to the next life Saturday October 17, 2015 at her home in Gilbert AZ, surrounded by her family.

Reta was born to Robert and Belva Robinson February 16, 1937, in Galt, Illinois. Galt is about 125 miles south west of Chicago.  She was the first of a family of four sons and two daughters.

Upon completion of high school two ladies from her small town assisted her to attend the Swedish American Hospital school, in Rockford IL. Upon completion of three solid years of school, working and State Nursing exams Reta became a Registered Nurse. She remained at Swedish American for a year or two before going to Cincinnati General Hospital where she worked as an Operating Room nurse.

Reta later moved to San Francisco, again working in the OR.  One of Reta’s patients spoke of her son who at the time was serving as a full time missionary for the Church of Jesus Christ of Latter-Day Saints. The woman also expressed that both Reta and her roommate would find more marriageable men in the Palo Alto, CA area (Stanford University).

Reta and her roommate moved to Palo Alto and worked at the Mt. View CA, El Camino Hospital a recently opened facility.

During this time Reta attended the Stanford Singles Ward of the Church of Jesus Christ of Latter-day Saints where she met and married her husband of just over fifty years, John F. Lindsay. They were sealed in the Oakland Temple of the Church August 6, 1965.

Reta continued working while John finished his studies at Brigham Young University, graduating in 1968 with a BA dergree.

Their first of five children Serena was born August 12, 1966 while John was still in school.  Due to some complications Serena was born via Cesarian section. While her husband was in school Reta served the Church as President of the Relief Society, the women’s program in their ward. Upon completion of his degree the family of three moved to Redmond, WA where John worked in the family home building business.

After about a year their second child Todd R. was born March 10, 1969, also Cesarian section At this same time, in order to preserve cash to fund the development of their 747 aircraft, Boeing, a major area employer,  cut programs and laid off roughly 40,000 employees. The home building business suffered dramatically.

Reta’s husband then became employed in law enforcement with the US Department of Justice as a Special Agent in what is now Drug Enforcement Agency. He worked out of the Seattle office and due to Cantonese language skills applied for the overseas division.  Reta gave birth to their second son, Jared R. November 20, 1970 – also “C-section”.

The government sent them first to the Foreign Service Institute in Roslin, VA for a six month study of the Japanese language. The family of five were then assigned to the United States Embassy in Tokyo Japan. Reta continued her work with the women of the Church and also studied oil painting, a skill which she took to readily.

After just under two years in Tokyo, with her husband spending in excess of 70% of his working hours out of the country it was determined that non-traveling employment was better for the family, They moved to Sunnyvale, CA. Reta bore her fourth child, second daughter Jennifer March 15, 1974. Her fourth “C-section”.

The family then moved to Maple Valley, WA. living on a five acre mini-farm.  Again Reta was called by Church authorities to be the President of the Relief Society, where she served the needs of Church sisters, also serving as Relief Society President in a group of South East Asian refugees.

Following several years in Maple Valley, and the birth of her fifth child October 17, 1980 Bethany, also “C Section”,   John went back into the family home building in the San Francisco, CA Bay area.

The family moved to Walnut Creek CA, where the family business focus changed from home building to Real Estate investments. The family then moved to Austin, TX for almost a year prior to moving to Arizona.

Reta continued her work again as President of the women’s group. After the turn of the century Reta and family moved from Mesa, AZ to Gilbert, AZ.  In 2009 Reta and her husband John were called to go to Hong Kong to work in the Hong Kong Temple of the Church.  They returned in mid 2010. In about 2012 Reta was diagnosed with Lewy Body dementia; which includes Alzheimer’s and Parkinson’s.  In November of 2014 Reta was diagnosed with stage four breast cancer.

In lieu of flowers the family respectfully suggests: Smile Train; Wounded Warriors; the Perpetual Education Fund of the Church of Jesus Christ of Latter-day Saints; or their own favorite.