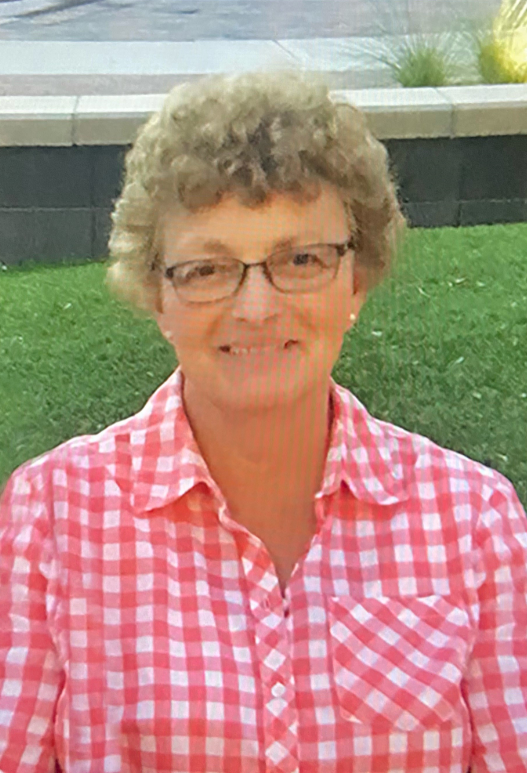 Lemos, Regina Rose Wilson, 63, passed away on June 6, 2021 in Phoenix, AZ.
She was loved and comforted in her last moments on earth.
Regina, known to many as Gina, was born in Pekin, IL on April 22, 1958 to Rienettie
Rose Turnpaugh Martin and Herbert Wilson. Her father, Herbert Wilson, would pass
away when Gina was a young girl. She would be raised by her mother and her step-father,
Roland Martin, who helped raise her as his own.
During her childhood she would move to Tempe, AZ with her family. After marriage,
she would move to Mesa, AZ and establish her life there.
Gina was a very tenderhearted soul and proved she was capable
of the most difficult circumstances a mother could endure. Her life would include a
daughter and two sons. Patrick, her first son, would have a very short life here on
earth but would be preparing a place for his Mom and his brother. Gina would have
a second son, Justin, who was born with multiple health issues. She tended to his every
need and was his advocate his entire life due to his mental and physical handicaps.
Caring for Justin was a 24/7 job and she did it without complaint and with an
abundance of love. Gina sacrificed her life to make the world a better place for Justin.
He lived to be twenty one years old, this was 100% due to her devotion in caring for
him.
She lived life not wanting or needing much but strived to serve others. She was a quiet
person who would not stand out in a room. She was a true and genuine friend. She was easy to
joke with. She always wanted to be a better baker. She loved to craft. She always wanted to learn
new hobbies. She loved to read and enjoyed growing her library. Although she
already had her hands full, she would make sure the front yard was perfectly mowed,
watered and her rose bushes were always perfectly trimmed.
On a daily basis you could and a cold Pepsi with a bendy straw in her hand or near her at all
times. Most times there was a dish with M&M’s on the end table. It could be in a holiday
M&M dish or just a cute bowl. Her home was her sanctuary and she made sure to
keep it comfortable and clean for any visitors who may have stopped by. If you were
fortunate enough to have known Gina on a personal level, you earned her trust
and were able to understand what a true friend is.
Regina is preceded in death by her parents, her son Patrick and her son Justin.
Regina is survived by her daughter, Rachael Rose Ridley, son-in-law, Mark Ridley and her grandchildren,
Eliza, Alan, Rhiannon Rose and Layne.
She will always be remembered for the amazing person she was.
Forever remembered, always loved and greatly missed.
Graveside services will be held at a later date at the City of Mesa Cemetery, 1212 N.
Center St., Mesa, AZ. If you would like to send a memory of Gina or would like to
contact her family, please send it to ridleyfamilymail@gmail.com thank you.