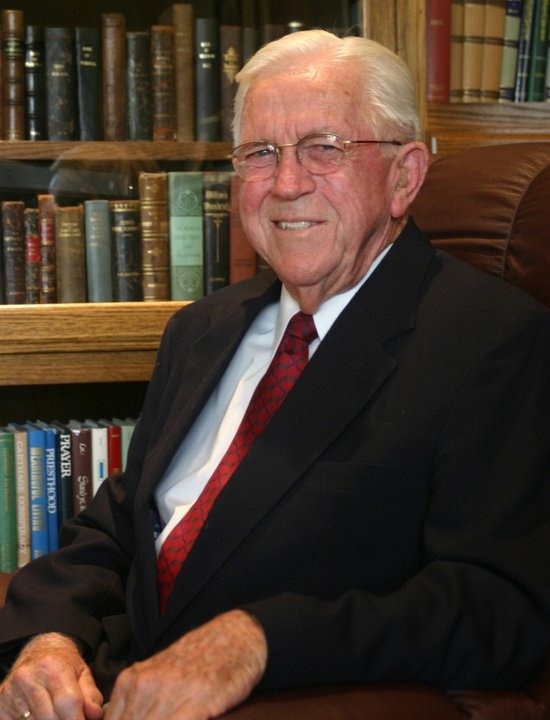 Reed Eugene Price, 95, our loving and faithful father, peacefully passed away July 8, 2017, in Gilbert, Arizona from natural causes.  He was born in Phoenix Arizona on February 18, 1922 to JR and Mabel Price. Reed is one of the few natives of Phoenix who was born, raised and lived in the area for over 95 years. He had 4 siblings. Reed served a 2-year LDS mission in June, 1942 in The New England States Mission.  Shortly after returning home from his mission, he joined the Navy and fought in World War II.  While on leave from the Navy in May, 1945, he married Marjorie Paulson in the Salt Lake City Temple.  He returned to the service until he was released in March, 1946.  He and Marjorie enjoyed 58 years together and were blessed with 6 children, who were raised in the north Phoenix area. Marjorie passed away from cancer in August, 2003.  Lonely and saddened by the loss of his Marjorie, he decided to marry another Marjorie, Marjorie Armstrong, in November, 2005. She was such a blessing to him for the last nearly 12 years of his life. Reed was always a strong member and leader in the LDS Church. Among other important callings in the Church, he served as Bishop for 8 years and later as a Stake President for 9 years.  He also served as a Mission President for 3 years in the Bristol, England mission.  He has been a counselor in the Mesa, Arizona Temple Presidency and a temple sealer.  He has sealed 20 of his grandchildren’s marriages in the temples. Reed graduated from BYU with a Bachelor of Science Degree, majoring in business. His main career business, with his partner and brother-in-law, Nephi Allen, was building and running miniature golf courses in Arizona and California.  Green Gables Miniature Golf Course was his most popular golf course. He also built a “nut farm” and sold freshly roasted nuts of all kinds. His main hobbies and enjoyment in his life were sports, especially playing and watching baseball, landscaping, growing beautiful flowers, and also collecting rare books.  Reed was a kind, gentle family man.  His competitive nature helped him to set goals and meet those goals. Reed is survived by his current wife, Marge, and by his children, Nancy (Alan) Dickson, Spencer (Louise) Price, Rosemary Smart, Barbara Anderson, Marti (Doug) Jones, his daughter-in-law, Chris Price, and one sister, Marjorie Allen (97).  He is preceded in death by his first wife, Marjorie, his son, Ronald and his son-in-law, Gordon Smart. He has 33 grandchildren, 73 great grandchildren and 2 great, great grandchildren. Funeral services will be held Saturday, July 15th at 11 am with a viewing at 10 am, in the Mesa Kimball Stake Center, 1266 S. 32nd St., Mesa, AZ. Visitation will be Friday, July 14th from 7-8:30 pm at Bunker Family University Chapel, 3529 E. University Drive, Mesa, Az. Bunker Family Funerals will be handling all funeral arrangements.