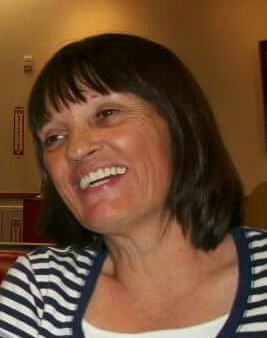 Rebecca Lee Lindberg, 53, of Mesa Arizona; passed away on February 23, 2015 in Mesa.  She worked for Mesa Public Schools in the cafeteria.  Rebecca is preceded in death by her parents: Walter Ardell Robbins Sr. and Beverly Lou (McDaniels) Robbins; brothers: Walter Ardell Robbins Jr., Leslie Clyde Robbins; and sister: Kathy Lue Robbins.  Those who remain to miss her are her husband: William M. Lindberg; daughter: Angela Kelly and son-in-law D. John Oliver II; granddaughter: Lillian Michelle Oliver; sister: Ruthie Irene Robbins and many many relatives and friends.  Too many to list.  In lieu of flowers donations may be made to a charity of your own choice.  Bunker’s University Chapel handled arrangements.