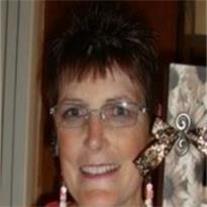 Becky graduated from Ricks College in 1974 and BYU with a BA and MA in 1977. She worked for the City of Phoenix Parks & Recreation Department early in her work career. Most recently she was very proud of her work in jewelry design with Artawakenings of the East Valley, where she was learning the art of beading. Her presence will be missed at Jewelry exhibits through out the Valley. Funeral will be Tuesday, February 16, 2010 at 10:00 AM the Mesa 60th Ward Building, 2152 E. Adobe, Mesa, Arizona 85213. Interment will follow at Mesa City Cemetery.