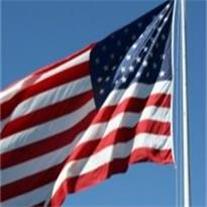 Raymond Paul St.Cyr, 83, passed away Monday, June 24, 2013 in Mesa, AZ. An army veteran, he was a class A amateur tennis player and enjoyed watching all sports. He and his wife enjoyed traveling around the United States. He was an active member of the LDS church. Among his more recent callings he served as a stake missionary as well as serving at the Family History Center. He was an ordinance worker in the Arizona Temple for 6 years. He was preceded in death by his parents and a son. He is survived by his wife Margaret (Peggy), 5 children, 14 grandchildren, and 15 great-grandchildren. A viewing will be held on Tuesday, July 2, 2013 from 9 to 10:30 AM, followed by funeral services at 11 AM at the Acacia Ward building, 2334 E. Pueblo Ave. in Mesa.