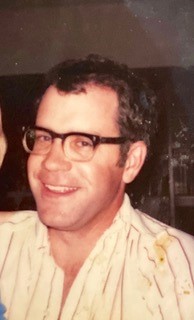 Raymond G. Immell, 71 passed away peacefully on November 5, 2020 in Phoenix, Arizona, after a short battle with heart disease.  His family was by his side.

He was born to Roy and Helen Immell in Davenport, Iowa on June 24, 1949. The family moved to Pratt Kansas when Ray was three years old.  In the 5th grade Ray met Sylvia Frazier at Haskins Elementary School.  Sylvia would go on to become the love of his life.  During his Junior and High school years he worked on his future Father-in-laws Frazier family farm. Ray loved farming, and thought that would be his life long calling.  In 1971, Ray and Sylvia were married, and they were lucky to have celebrated 49 years of marriage together.

He moved to Phoenix, Arizona in 1969 to attend Arizona State University.  Ray earned his Bachelor and Master of Science in Electrical Engineering, graduating in 1971. He launched his career at Motorola working in the Antenna Division for 20+ years.  In 1992, he joined Denmar Technical Services, where he served as Denmar’s President for the last 8 years.  While at Denmar, Ray worked on some of the nation’s most important defense programs.  Ray was a recognized expert in stealth technology and developed systems to ensure that stealth aircraft were functioning as designed. The Secretary of the Air Force praised his work and expertise.

Ray led a very happy, active life filled with family and many friends. His immense generosity was not only extended to his inner circle– but to complete strangers.  He was known as the “answer and fix-it man.”  If Ray didn’t know how to do something or didn’t know the answer, he would find it — and fast.  He wore many hats, but somehow… the cooking and cleaning hats never seemed to fit!

Ray was a man driven by hard work and common sense.

Growing up in farm country, he believed that all problems could be solved with some fence wire and a screwdriver.  He encouraged his children and employees to use their imaginations and he emphasized simple approaches to handle challenges.  He never asked anyone to do something that he would not do himself.  He gave guidance and direction, and then got out of the way.  He was a wonderful husband, father, brother, friend, boss and mentor–loved and respected by all.

His legacy will be continued through his loving wife Sylvia, children Ashley Cardwell, Eric Immell and their spouses, five beloved grandchildren: Gage and Avery Bergeron, Wyatt, Charlotte and Clementine Immell and sister Margaret McDowell. His parents, Roy and Helen Immell, preceded him in death.

In lieu of flowers, donations to the American Heart Association or the NRA (his favorite cause) are suggested.