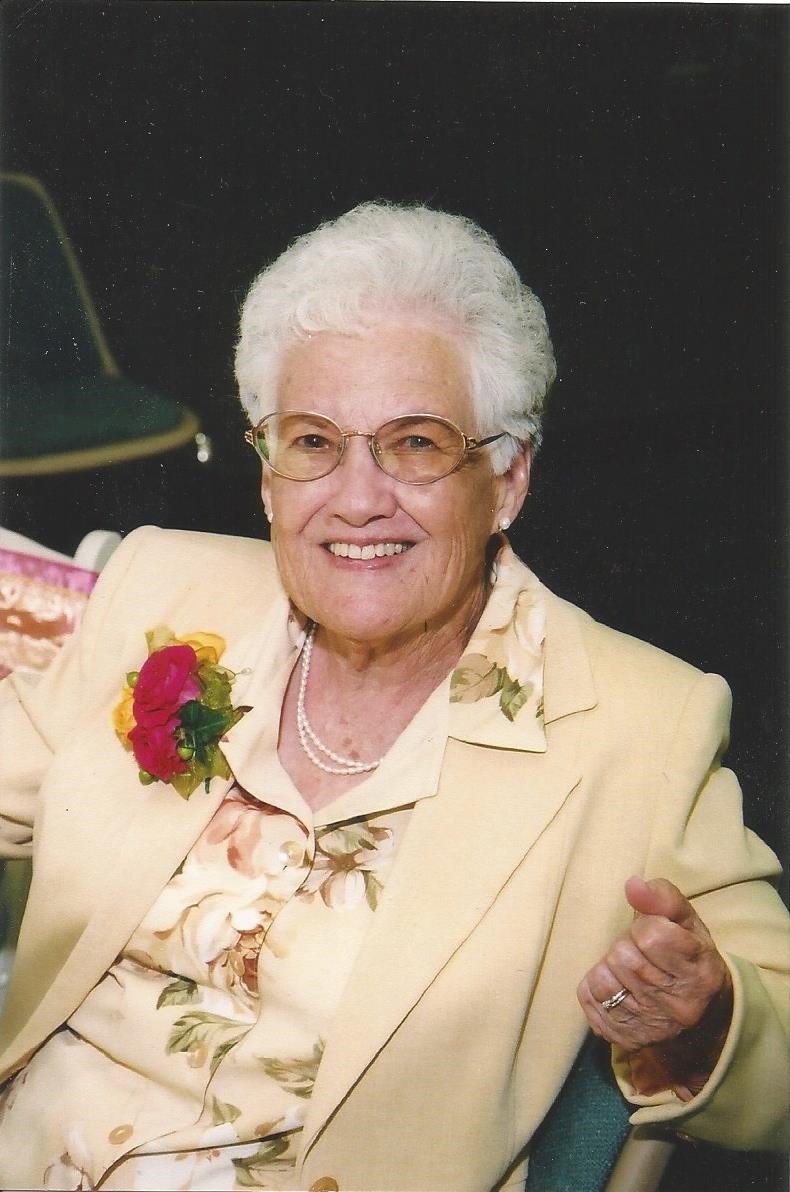 Link to watch the service: http://mywebcast.churchofjesuschrist.org/mesaarizonaeaststake

Emma Raeleen Carpenter Porter passed away peacefully in her sleep at the age of 97 on  Monday, September 13, 2021, in Mesa, Arizona, at the home of her son David, where she had been living for the past several years. Raeleen was born in Ashurst, Arizona, in the Gila Valley on February 4, 1924, to Raymond Knight Carpenter and Helen Orrilla Merrill. She lived most of her young life in the Gila Valley, graduating from Thatcher High School. She worked as a secretary at Eastern Arizona Junior College for a time. She married Harold Perry Porter on November 12, 1943, in the Mesa Arizona Temple of the Church of Jesus Christ of Latter-day Saints. They are the parents of five children, LaNelle Morris, Donald Porter (Marlane), Randall Porter (Merlinda), Linda Smith (Bill) and David Porter (Jill) with 31 grandchildren, 100 great grandchildren and 6 great-great grandchildren.

Raeleen worked as a secretary for many years at Brown and Hoeye auto dealership in Mesa, and then at Mesa High and Westwood High School, where she was the secretary of one of the assistants to the principal. She had a lifelong interest in family history and spent many hours researching her ancestors and preparing names for ordinances in the temple.

Raeleen and Harold served a two-year mission for The Church of Jesus Christ of Latter-day Saints in Johannesburg, South Africa, where they assisted in the office of the Mission President. In addition to that service, Raeleen also served in the Primary, Young Women and Relief Society organizations in different capacities through the years.

After the passing of her husband, Harold, in 1991, Raeleen served as an ordinance worker in the Mesa, Arizona, Temple of The Church of Jesus Christ of Latter-day Saints, where she was known for being dependable and kind.

Known as Grandma Treats to her grandchildren and great-grandchildren, Raeleen worked all day on Saturday preparing cookies, cakes and other desserts which she would serve to any family members or visitors who came to her home on Sunday evenings.

Always cheerful and positive, even in the last years of her life while suffering from Alzheimer’s disease, Raeleen will be sorely missed.

Raeleen is preceded in death by her husband Harold, son-in-law Jerry Morris, sisters Maxine Carpenter and Lynette Martin, and her brothers Verdell Carpenter and Jerry Carpenter. One sister, Trelva Palmer, survives as well as her children, grandchildren and great grandchildren.

Arrangements made through Bunker’s Garden Chapel.