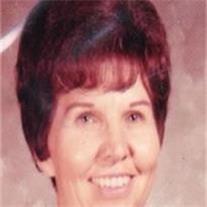 Lisonbee, Phoebe Juell Fuller, born in Eden, Arizona, in 1924, passed away peacefully on June 26th. She was a selfless, loving wife, mother, grandmother, sister, and friend, known for her good nature and sense of humor. She is survived by her five children, Dan (Janet), Wayne (Sandy), Ron (Cindy), Diane (Larry) McLeister, and Sandy (Tim) Salley, many grandchildren, great-grandchildren, one brother Ken Fuller, and three sisters, Lucille Farr, Opal Hopps, and Carolyn Smith. Phoebe served in many callings in the LDS Church including the Bishops’ storehouse, and worked with her husband, Galen, in the Mesa Temple for over 10 years. She worked at Kino Jr. High, enjoyed travelling, decorating, and always put her family first. Visitation will be at Bunker’s Garden Chapel, 33 N. Centennial Way, Mesa, on Monday, July 1, from 6- 8PM. Funeral services are Tuesday, July 2, at 10 AM preceded by a visitation at 9 AM at the LDS 25th Ward, 848 N. Westwood in Mesa. Interment will be at the City of Mesa Cemetery.