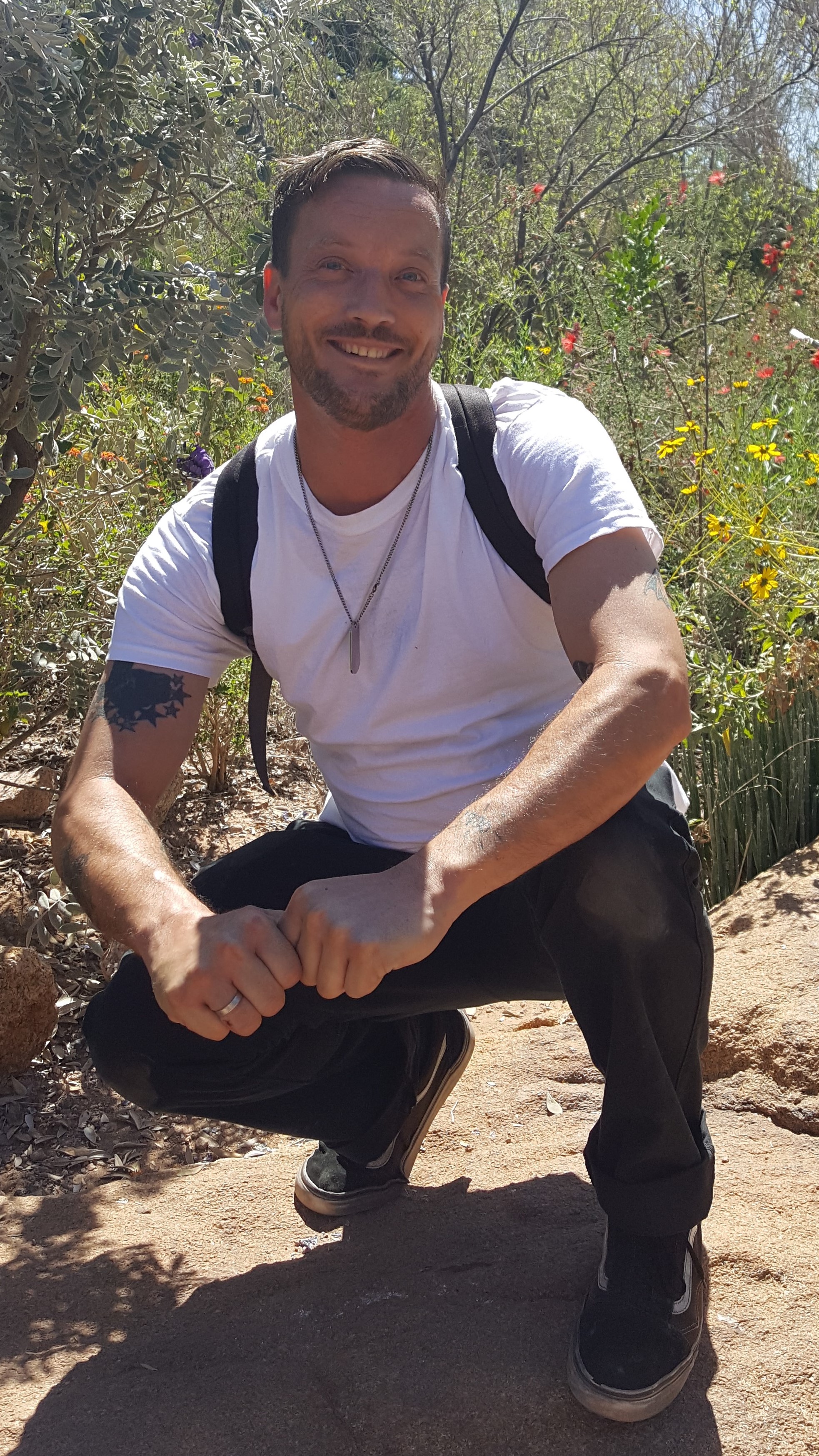 Paul Russell Patmore was born unexpectedly 3 months early on June 21, 1980 in Dallas, TX.  And he died unexpectedly at his home in Mesa, AZ from a heroin overdose on August 3, 2019.  He fought so hard to survive in the NICU.  He must have survived with the mission someday to reach out to others who also suffered from the disease of addiction.  He saved many.  He inspired more. His friends have confirmed this. He was whip smart, wise beyond his short years, and the funniest human on the planet – and beyond??

From friends and family:

“The thing about Paulie, is he always fought for the underdog, because he was the underdog. He was the one person in the room whose attention and energy automatically went to the one person in the room that most people would have given up on. Because he always believed that everybody was worthy of love and connection and could make a comeback. Because Paulie always made a comeback. Again and again and again. In his world, nobody was disposable or insignificant. In his world everyone deserved some time and attention. In his world every person mattered. No matter what. And no matter where he went or what he did he always maintained his childlike awe, sage wisdom and ability to make the person standing in front of him feel like the most special person in the world. You could never be sad around Paulie because he could always help you find your smile and your gratitude. He had a light and a force within him that inspired and motivated people around him. Even when it couldn’t inspire and motivate him. He was one of the wittiest people I’ve ever known with the most dynamic mind and lens through which he saw the world. He was absolutely magnetic and had the most contagious laughter and smile. He had the biggest heart of anyone I know, and he shared it with everyone. Paulie was my friend. My family.  Some times weren’t always easy or beautiful, but they are beyond precious and priceless to me and I will cherish them for the rest of my life. There has never been, and will never be, someone as True Blue as our Paulie. Wherever you are my friend know that I love you. Forever. ♥️”

“I’ve never felt more important than when I was around Paul.  And I think that is true for most people who knew him.   Because the depth of his care and concern was stunning.  Paul had “it”.  It’s rare, and he had it.  I’ll miss it forever.  He had a genuine selflessness that was learned from family, but that was cultivated through his own life experience.”

Paul proclaimed recently, “This is the happiest I’ve ever been in my adult life!”  He was almost one year clean, had a job he loved helping others, was taking such good care of his health and relationships.  His future looked so bright.  Yet one poor decision ended it all.

Paul was a gentle and loving child, and that never changed.  He had an old soul – and loved senior citizens, as well as children and animals.  Everyone was drawn to him.  He will be missed by hundreds of friends in Arizona, as well as his family in Texas and Pennsylvania.

Paul was predeceased by his father, Charles W. Patmore, Jr., his grandparents Paul and Fran Hanson and Charles and June Patmore.  He is survived by his son, Isaac Deerwester of Philadelphia, Pa./Drexel University; his mother, Joan Hanson Patmore of Dallas, TX, his brothers Chuck Patmore of McKinney, TX and Doug Patmore of Fort Collins, Co; and his brother from another mother, Scotty Cowen of Phoenix.

The poem “Ascension” by Colleen Hitchcock was on his refrigerator door for the past 2 years.  Please look it up; we believe that he was at peace with his destiny.

We were all stunned by his death.  Paul always came back.   Yet an addict’s death should never be unexpected.

A celebration of Paul’s life will be held in Phoenix at Unexpected Art Gallery (ironic, to be sure) on Sunday, August 25, 2019.  We celebrate the artist, writer, philosopher and friend to the least of us.  A private inurnment will take place at the columbarium at First United Methodist Church, Richardson TX.

To support Paul’s legacy of restoring dignity and health to others with the disease of addiction, donations can be made to Sonoran Prevention Works.  3201 N. 16th St., Ste.9, Phoenix, AZ 85016, spwaz.org.