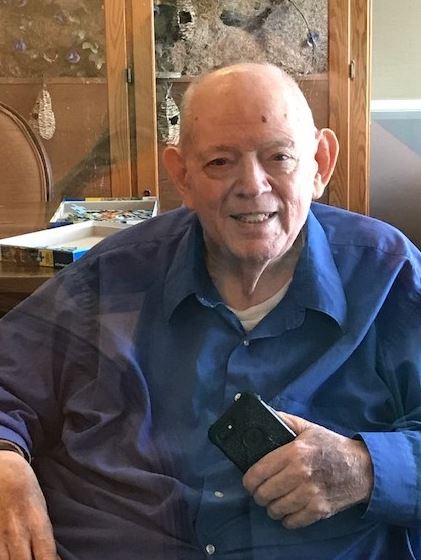 Paul Michael Lee was born February 10, 1936 in Portland, Oregon to Frances Lorene King and Cecil Summey Lee. His sister, Linda Zoe joined the family, only to pass away leaving him an only child. Mike was incredibly curious and was known to take things apart to learn how they worked.

In high school, he joined the ROTC, which got him ready for serving in the Air Force. Mike also worked on a variety of jobs, but the most unusual one was working on the rails for the railroad. He joined the Air Force and was almost stationed in Iceland, when at the last second, he was transferred to Kirtland Base in Albuquerque, New Mexico where he met Shirlene Lewis. After two weeks, he proposed and they were later married in the Mesa, Arizona Temple on May 16, 1958.

Their first daughter, Michelle was born the following February. The family moved to California soon after where their second daughter, Cindy was born. The family moved to Tempe, Arizona in 1962. Almost 7 ½  years passed before their third daughter, Kristine was born. During their 62 years of marriage, Mike and Shirlene shared many different experiences together including serving a four-year mission to the Mesa Family History Center.

Mike was always a people person and loved talking to everyone that he came in contact with. He knew how to make each person feel special. This was evident in all of his church callings and with those he associated with. He may have only had three daughters but Mike also loved his extended family. He adopted many of his daughters’ friends into the family and called them his sons and daughters.

The family is grateful for technology that allowed them to be with Mike until he passed away on December 31, 2020. He is survived by his wife, Shirlene Lee, and his daughters, Michelle, Cindy, and Krissy Lee. He will be greatly missed.