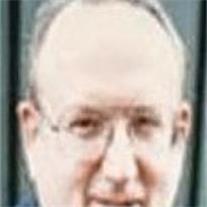 Paul Allen Williams, beloved husband, father, grandfather and friend, passed away peacefully, Thursday, March 28, 2013 in Gilbert, Arizona after suffering from Aplastic Anemia at the age of 75. Through years of struggle with Rheumatoid Arthritis, he is finally free from his earthly pain. He was born in Garfield, Utah on September 12, 1937, but grew up in Spanish Fork, Utah. He is preceded in death by his parents, Allen Berry and Delila Gardner Williams and sister, Helen Ann Pawlowski.

Paul married Kathy Clarke on June 24, 1966, in the Salt Lake LDS Temple and moved to Mesa, Arizona where they raised their large family of one daughter and seven sons.

Paul was dedicated to his family. He was faithful to his heritage and strove to live a life worthy of the blessings he had received from those who had come before. Paul was a strong influence for good in the lives of his children, grandchildren and was a doting grandfather. He was an active and devoted member of The Church of Jesus Christ of Latter-day Saints and served faithfully in many callings. In the last few days of his life, he admonished each family member to keep the commandments. His righteous example and strong testimony will be a heritage to all who knew him.

Interment and a second funeral service is yet to be determined in the Spanish Fork City Utah.