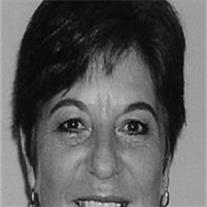 Patti Ianni Lloyd, loving wife and mother; devoted sister and daughter; world’s greatest Nani; inspiring friend and mentor. Patti Ianni Lloyd was all of these things and much more to her family and friends. Patti was born on December 18, 1949 in Winslow, Arizona, the second of four children born to Ray and Joyce Ianni. She died on Tuesday, June 23, 2009 peacefully at home in Gilbert, Arizona after a heroic four year battle against leiomyosarcoma (LMS). Growing up in Winslow, she was an outstanding competitive swimmer, a member of the National Honor Society and a majorette for the Winslow High School Band. She graduated from Winslow H.S. in 1967 and moved to Flagstaff to attend college where she met David Lloyd. They were married in 1968. In 1969, their son Jim was born. By then, David had joined the U.S. Marine Corps as a pilot and David and Patti moved to Florida, Texas, and Hawaii. In Hawaii, their second son, Maki, was born in 1971. In 1976, they settled in Fort Worth and Patti began working at the North Texas Health Science Center and would work there until her retirement in 2006. In 2007, Patti and David moved back to Arizona to be closer to family.

After she was diagnosed with LMS in 2005, Patti became very involved in the LMS community and to contributing to find a cure for this terrible disease. Throughout her battle, she never let her illness dictate the terms of her life and instead took every opportunity to enjoy her time in this world and her loved ones. She drew inspiration from the many friends she met at the LMS Hugfest and through other communities and her strength and determination are an inspiration to others facing the challenge of LMS. She made many “trips of a lifetime