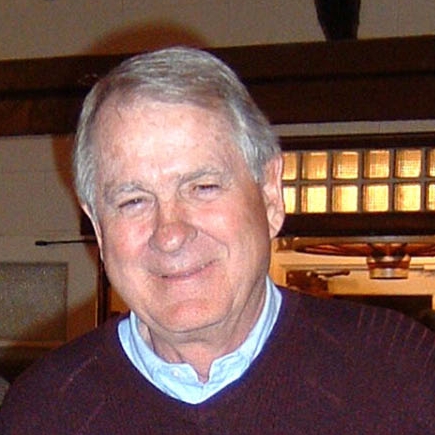 Patrick (Pat) Pomeroy of Mesa passed away on 6/27/16 at the age of 84.  He was born March 17, 1932 to Frank K. and Eunice (Shurtliff) Pomeroy. He was a member of one of Mesa’s pioneer families, a great grandson of Francis Martin Pomeroy, one of the founders of Mesa in 1878.  He is survived by his wife Anne (Hawkes) and his children, Pamela Iorg (Lee), Kimball (Gina), Scott (Lori), Julie Woods (Larry), and Wayne (Becky).  He was preceded in death by his wife Nancy (Osterloh).  Pat is also survived by 22 grandchildren, 36 great-grandchildren, his brother Wayne and numerous nieces, nephews and friends.

Pat was very active as a student at Mesa High School.  During his senior year, he served as student body president, participated in football and basketball and was named as the valedictorian of his graduating class.  In basketball, he played on the Jackrabbit 1950 state championship team and he was honored as a guard on the all-tournament first team.  Upon graduation from high school he was selected by the Elks Lodge as the Arizona State winner of the “Most Valuable Student” scholarship award, and he received third place honors in the national contest.

Most of his life was spent in the field of education as a teacher, administrator, and consultant.  He was an assistant superintendent for the Mesa Public Schools from 1972-88.  Pat was an adjunct professor for NAU and the University of Phoenix.  He also served as a trainer for Venture for Excellence, Lincoln, Nebraska. In 1988-89 he was the founding director of the Arizona Academy for School Personnel Administrators.  In 1967 Pat was one of fourteen freeholders who wrote the Mesa City Charter.  He also served on the City Council from 1998-2002, and various boards and committees to include terms as President of the Mesa Rotary Club and the Mesa YMCA Board.  Pat spent four years on active duty in the US Air Force and nineteen years in the Air Force Reserves and Arizona Air National Guard as a navigator and he retired with the rank of lieutenant colonel.  His family and community were extremely important to him as he sought ways to serve them both.  He watched the City of Mesa grow from a town of about 5000 to its current population of over 400,000.  He also served in various church positions that included Bishop and temple worker.  He and Nancy served a mission to the Salt Lake Temple Square Visitor’s Center.

Pat loved his heritage.  He co-chaired a committee in 1988 to raise funds to place a monument to Mesa’s founding pioneers in Pioneer Park.  In 2012 he headed a family fund-raising project to erect a new headstone for his great-grandfather’s grave to identify him as a “Founder”.