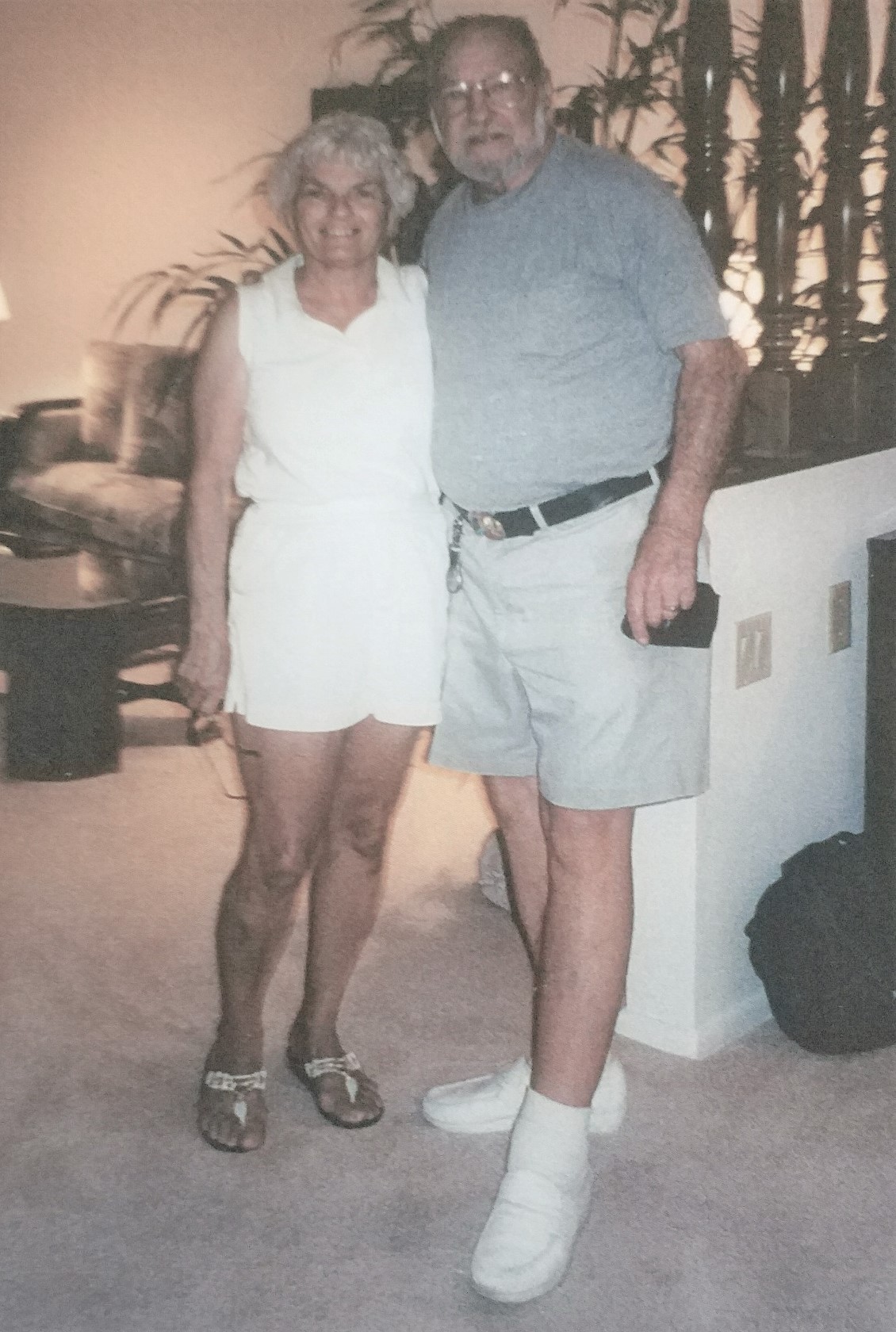 Patricia Jean Nation, 83, lived a life of constant service to others and died peacefully in her sleep at her home in Mesa, Arizona, on April 13, 2022. She was surrounded by all seven of her children and most of her 16 grandchildren as she prepared to cross over to meet friends and family who predeceased her.

Pat was born in the small farm town of Hoven, South Dakota, on September 14, 1938. Her parents – Jerome and Patricia (Schulte) DeRouchey – had 11 children. “Sister Pat” was schooled by the nuns and aspired to be one herself as a girl. She was always caring for others, working as a nanny for local mothers at a very young age. By 12, she was working nearly full-time as a nanny of an infant. When the family moved to Rapid City, they took Pat with them to continue watching over the child. There she attended high school and had her first glimpse into “big city” life.

Her first big adventure came after high school when she packed a bag, bought a bus ticket, and traveled to California. She told the bus driver to drop her at Hollywood & Vine (the only landmark she knew.) From there she made her way to Knotts Berry Farm and stopped at the chicken diner for a quick bite and chance to plan her next move. As luck would have it, Mrs. Knotts and her husband were also from a small town in South Dakota and she was offered a job on the spot. Roommates were secured and Pat’s big, though brief, California adventure began.

She returned to South Dakota and married Keith Nation with whom she had seven children. They would eventually move to the Phoenix area in 1965 where the children were raised. Pat never met a stranger and made certain no one left her home hungry. She was a devoted mother, sister, and neighbor, often taking it upon herself to watch over widows who lived nearby. Most of all, she was a picture of resiliency, resourcefulness, and gratitude. No matter what curveballs life sent her way, Pat always made the best of the situation and repeatedly told others that she had lived a wonderful life.

There will be a celebration of life at the home of her oldest daughter on Saturday, 4/23, 1 p.m., at 21518 E Calle de Flores, Queen Creek, AZ 85142, where we will share fond memories and encourage one another on a continual journey to live up to her expectations that we treat everyone with kindness and see the world with a heart full of gratitude.

“She made broken look beautiful and strong look invincible. She walked with the universe on her shoulders and made it look like a pair of wings.” ~Ariana Dancu