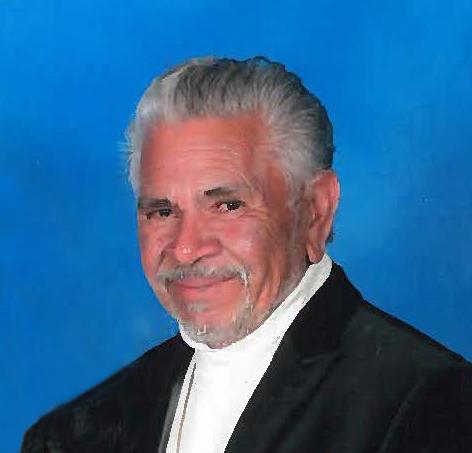 Oscar Jurado, 77, passed away peacefully on November 9, 2018 at his home in Mesa,Arizona. He was born in Barstow, Texas on April 13, 1941. He is preceded in death by his parents Carlos and Trinidad.

Oscar led a joyous and fulfilling life with his loving wife, Lupe by his side. He was blessed with two children, Carlos and Vanessa, ten grandchildren, one great-grandchild, and  another great- grandchild on the way. He has three sisters, Michaela, Lydia, and Linda who reside in Hobbs, New Mexico. He also has his daughter-in-law, Lindsey, many nieces, and nephews.

Oscar spent most of his life as an auto body painter,skills that he passed down to his son, Carlos. He was well known not only for his painting skills, but also his dancing talents and his amazing pool skills. He would later teach his son and grandsons how to play pool. After his retirement  in 2008, he continued to do side jobs, loved tinkering around the house, and cooking for an army. His wife, Lupe, often joked that they would have leftovers for days. Oscar will be greatly missed by his family. His legacy will be carried on through them.