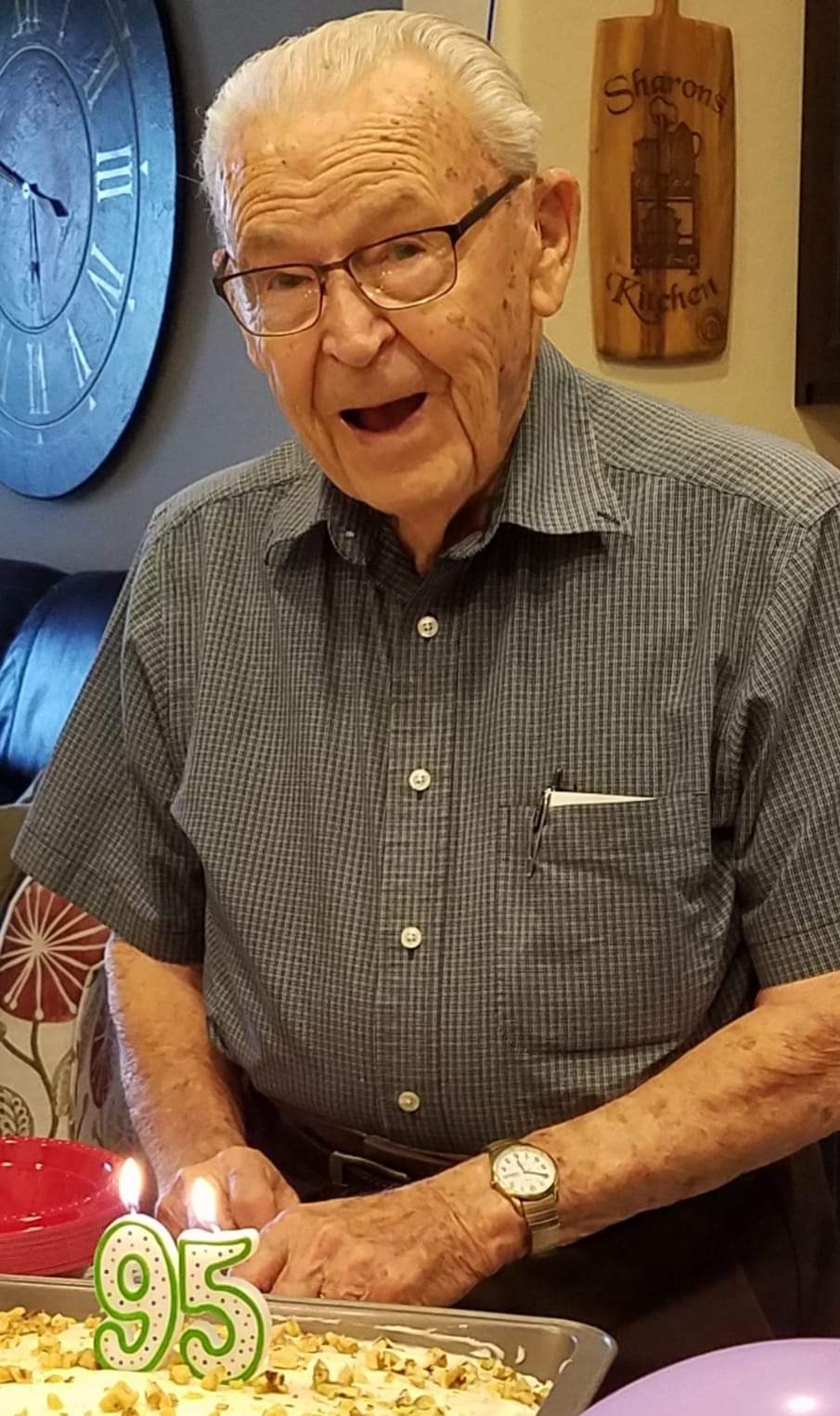 Orra Lundgren died on Monday, December 21, 2020, at home in Mesa, Arizona at the age of 97. He was in good health most all his life, and succumbed to complications following gall bladder surgery. Orra was surrounded by loving family members at the time of his passing. He is survived by his spouse June, all five AZ- based children ( Larry, Dale, Dean, Brian and Sharon), his 18 grandchildren and 54 great- grandchildren, plus 2 great- greats.

Born and raised in Great Falls, Montana, the son of Alfred August and Oline Lundgren, he was the last survivor of four children ( including Don, Margret, and  Alf).

After serving in the Army during WWII, he completed an LDS mission in Hawaii, and then married the love of his life, Billie June Leistiko, on July 25, 1950 in the Cardston, Alberta Temple. After the third son was born, the family moved to Phoenix, AZ where the large part of his adult life was spent.

Orra led an exemplary life, was active and engaged in his devotion to God, his country, his family, and all his many passions in life. Early on, Orra became interested in the Arts and opened a pottery business on E. Indian School Road, called ” The Clay Shop”. Aside from his love of the outdoors, camping, hunting, and fishing ( yes, Sharon always caught the biggest fish), Orra studied jewelry making, crafts, silversmithing, made wedding rings, lamps, his own archery equipment, learned hydroponics, and leatherwork. He also loved finding Indian ruins, and pottery, and he had a good relationship with White Bear Oswald Fredricks, the Chief’s son on the Hopi Reservation.

After graduating with a Master’s Degree in Art Education at ASU, he taught Arts and Crafts at West High and Scottsdale High Schools, painted back- drops for plays and made a fabulous villain as Pesky Pewter in a church melodrama. He loved acting and drama, and was known to dabble in the art of make-up, having stumped an entire church congregation to who “this Hillbilly couple” was. Orra was loved for his humor, his stories, his tricks, and often entertained at Scout Camp or church socials.

After retirement, Orra became more passionate about developing his talent in water color paintings and his home became an art museum. There were many things to like about Orra as a teacher, a mentor, and family man. I think Sharon described him best as she sent around a recent picture of him. She said ” My sweet Dad passed to the other side tonight. He had a sense of humor, and was loved by many. He taught us to work hard, have integrity, and was a great example of Christ-like service. I still can’t believe he made it to 97/” Happy Trails, Orra.