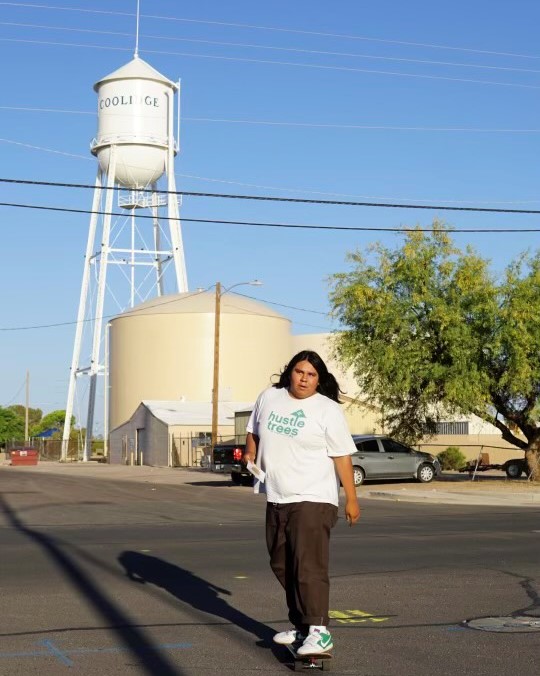 In his time with us, Ohitika acquired many talents, from teaching himself to skateboard and play guitar to even beginning to expand his knowledge of the culinary arts before his departure. Ohitika was a self proclaimed skateboarding hippie who enjoyed cruising with his mom, adventuring with his brothers,  creating musical and graffiti art with the world, and filling our home with laughter.

Ohitika will be honored with a memorial service at his mother’s home, 1260 E. Aki Lane, Blackwater, Arizona, from 7-11pm on June 18th, 2022 and will be laid to rest on June 19th, 2022 at 6am at the North Blackwater Cemetery, 1359 E. HuHuKam Road, Blackwater, Arizona. Please respect Ohitika’s memory by abstaining from substances at his services.

Arrangements by Bunker’s Garden Chapel, www.bunkerfuneral.com. Should this obituary appear anywhere but bunkerfuneral.com, please check our website for accurate details and service information.Red