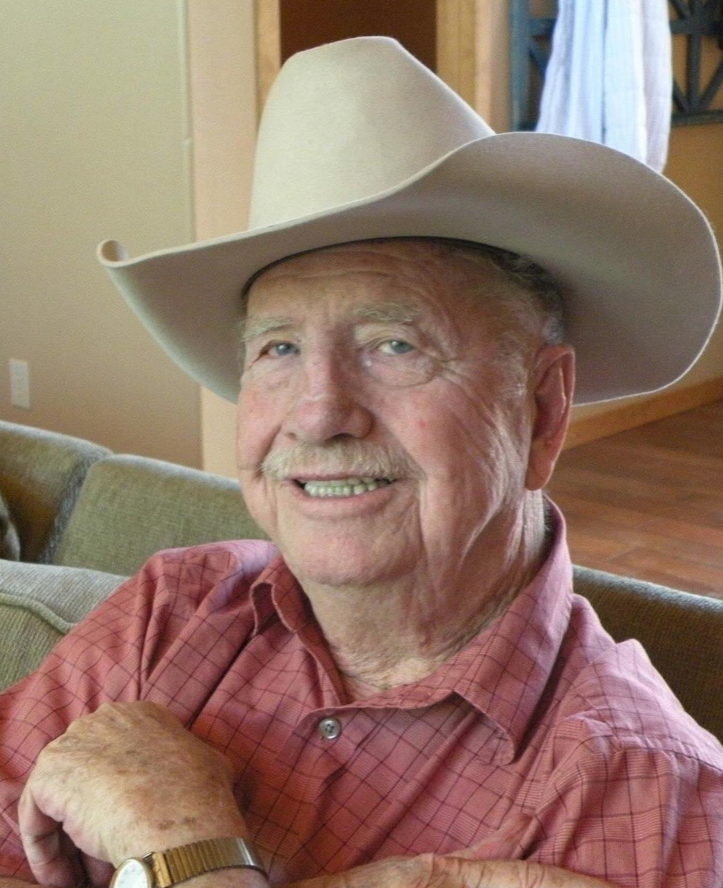 Norman was born to Lawrence and Lela Hancock in Bryce, Arizona, on January 19, 1930. Norman grew up on a cotton farm and cattle ranch. He had two brothers, Ray and Von and three sisters, Lavora (Foster), Alice (Ford) and Linda (Boren). His parents raised cattle, hogs, and chickens. Like many children born during the Great Depression, Norman’s family worked hard and lived frugally. He would turn ten years old before his childhood home had running water and sixteen years old before it had electricity. Every Saturday, his mother would cook a pot of pinto beans and homemade bread, a tradition that Norman’s wife Muriel would continue throughout their marriage.

Norman was the valedictorian of his 8th grade class at Bryce (out of a class of ten, he would sometimes admit). He attended Pima High School, where he played center on the football team. Norman was a natural born entrepreneur. During high school, Norman peddled chicken eggs to the mining towns of Clifton, Morenci, and Superior and was able to save up enough money to buy a brand new 1947 red Ford pickup.

Norman was the first in the Hancock family line to graduate from college. He received his Bachelor’s degree in Business in 1952 from Brigham Young University, in Provo Utah. In the early 60’s he earned his Masters Degree from ASU.  While Norman was taking classes at BYU, he met his lifelong sweetheart Muriel Miller, a beautiful, talented, kind, Idaho girl. Norman and his friends met up with some girls and  “borrowed” apples from an apple orchard.  They went back to the girl’s apartment to bake apple pie, where Norman saw Muriel, the most beautiful girl he had ever seen.  After a short courtship Norman and Muriel were married on December 21, 1951 in Idaho Falls, Idaho.  Norman always said marrying her was the best decision of his life. He was broken hearted when Muriel passed away on June 25, 2010. They were married 58 years.

Norman held a deep love of agriculture as a result of his family bonds he developed working on the cotton farm in Lizard Bump, Arizona. When he was 28 years old, Norman decided to expand his farming experience by purchasing a farm in Yuma, Arizona, where he farmed lettuce for two years. He subsequently earned a teaching certificate and moved to Mesa, Arizona to find better prospects for his family.

Norman taught for more than 25 years as a public school teacher at Jefferson, Edison, Whittier, and Longfellow Elementary Schools in Mesa, Arizona. He touched many lives and was a wonderful beloved teacher.  Norman later retired from teaching. He had a brilliant business mind, with his sons he started an arcade game business, he also ran a successful real estate and investment business in Arizona.

Norman was involved in agriculture throughout his life. After moving to mesa, Norman and his brother Von together ran the family farm in Lizard Bump. Norman spent his summer vacations from school working on the farm. Together, they expanded the farm by purchasing additional land near Fort Thomas, Arizona. Always ambitious, Norman, Von and a few other partners developed the largest Pima cotton farm in the world at Salome, Arizona.  Norman later acquired other farms in North Dakota and South Dakota.

In 1965, Norman took a teaching sabbatical, going to the outback in Kununurra, Australia with his Uncle Max Lamoreaux. They lived under a tree for six months. They took advantage of the Ord River Project, a homesteading type arrangement for qualified farmers. Norman’s cotton farming experience was important – they were required to clear the land and put in a crop. While Norman was away, Muriel held down the fort, gave birth to their youngest son John and cared for home and family. The family would eagerly check the mail each day waiting for his letters. Norman ultimately decided there was no place he would rather live than Mesa, Arizona, so he and Muriel decided to stay in Mesa and rent out his share of the farm. He retained a lifelong love of Australia and visited many times and provided opportunities for many of his posterity to visit as well. He cultivated a love for Australia and all things Australian in his family.  Tales of Norman’s Australian adventures were legendary with his students and grandchildren. Norman never sold the Australian farm.