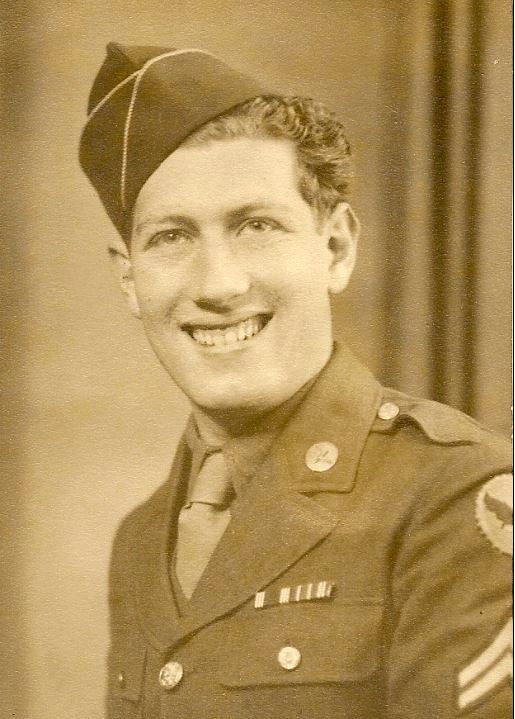 Born and raised in San Francisco, Norman finished high school and two years at City College of San Francisco when WWII began.  He contributed to the war effort as a Staff Sergeant in the Army Air Corp working on the instrument panel for B-24J “Liberator” aircraft at Warton Aerodrome, Base Air Depot No. 2, Station 582 of the U.S. 8th Air Force. After meeting and marrying Ethel Schneider, the young couple lived in an apartment building owned by her mother.  During this time they became friends with several other young married couples, whose friendship lasted a lifetime.  Several years later, the couple moved to Concord and Walnut Creek where they raised their family.

Norman worked for AT&T after the war, but when Ethel was pregnant with her first daughter, Norm was laid off.  He decided to take a job in sales with Lutz Tiger Tread Company of Benicia, California.  He found that sales made a lot more money than the phone company, and that it was enough to support a growing family.  He spent many years working as a recap tire salesman for Lutz Tires.  The work was long hours, but it provided the stability needed to support his family.  This allowed Ethel to get her real estate business going.  After he retired from Lutz, the two worked together to make the real estate investments that eventually secured their retirement.

Norman’s favorite past time was watching sporting events on TV, bowling and attending an occasional baseball or football game.  He was very practical and could fix almost anything that broke around the house.  He was well liked by all who met him.  People would naturally gravitate to him; they would seek him out for advice and cherish the guidance he provided.

In retirement, Norman volunteered for Scripps Hospital where he drove the Scripps Mobile that helped transport patients to the hospital for their appointments.  He also served as the president of the local Home Owners Association for the housing development where they lived in Del Mar, California.

Funeral services will be held Sunday, February 11, 2017 at 11:00 AM at Hills of Eternity Memorial Park, 1301 El Camino Real, Colma, California. There will be an open casket viewing in the chapel at 10:45 AM. Please be in the chapel at 10:30 AM to participate. In lieu of flowers, the family requests donations to Alzheimer’s research.

There will be a luncheon at 12:30 PM, immediately following the funeral service, location to be determined.