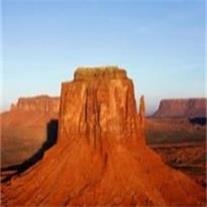 at the age of 2 with his sister Carmon and widowed mother. Nathan served as a Marine Combat Medic during WWII in the South Pacific. Nathan was married to his sweet wife Pauline for

68 years; he spent the past 3 years caring for her prior to her passing in August. Nathan is survived by their children Paul (Anne), Natalie, Bruce (Janet), Brian, 16 grandchildren and 34 great-grandchildren. He was a teacher and school principal in Phoenix Dist.1 in the 50’s and 60’s. Dr. Painter retired from Mesa Community College but never gave up teaching – there was always a lesson to be taught and a story or joke to re-tell. An open house will be held in his remembrance on January 5, 2013 at the family home from 12:00–2:00pm.