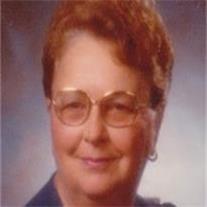 Taysom, Myrtle Hall, 91, of Tempe, AZ passed away December 24, 2012 in Tempe, AZ. Myrtle was born in her home on February 9, 1921 in Garland, UT to Warren Elmer Hall and Mary Olive Haws. She was the fifth of six children. She married Elvin Taysom on September 5, 1939 in the Salt Lake Temple. During her younger years she spent time going to school and working on the family homestead. In high school she played the tenor sax in the band and at age 13 she stared playing the drums in her older brother’s band. Later she joined her family band on the drums until she graduated from high school. After graduation she attended Henager Business College in Salt Lake City for one year, got married, and went with Elvin off to complete his schooling at the University of Idaho. Over the next 12 years Myrtle spent time with her husband at several military assignments and furthering his college degrees until in 1953 they finally settled in Tempe, Arizona. She was actively involved in many church callings including 10 years as an advisor to the Lambda Delta Sigma Sorority at Arizona State University. After Elvin retired they served a couples mission in San Diego, CA and enjoyed their service to the people in the El Cajon Spanish Branch. She was preceded in death by her husband, parents, five siblings, Elmer Hall, Olive Fifield, Dean Hall, Vica Germer, Dee Hall, and great-grandson Tanner Allen. She leaves behind 3 sons, David (Beverly) of Gilbert, Jay (Elly) of Littleton, CO. and Rex (Megan) of Tempe, 14 grandchildren and 26 great-grandchildren. The family would like to thank many of the extended family and Hospice of the Valley for their loving care. Visitation will be Sunday, December 30, 2012 from 6-8 PM at the Tempe LDS Stake Center, 2707 S. College Ave, Tempe with funeral services Monday, December 31, 2012 at 10 AM, preceded by a visitation from 8:30-9:30 AM, also at the Tempe LDS Stake Center. Myrtle will be laid to rest in the Green Acres Cemetery in Scottsdale, AZ. In Lieu of flowers the family requests donations be made to the missionary fund of the LDS Church. Arrangements by Bunker’s Garden Chapel.