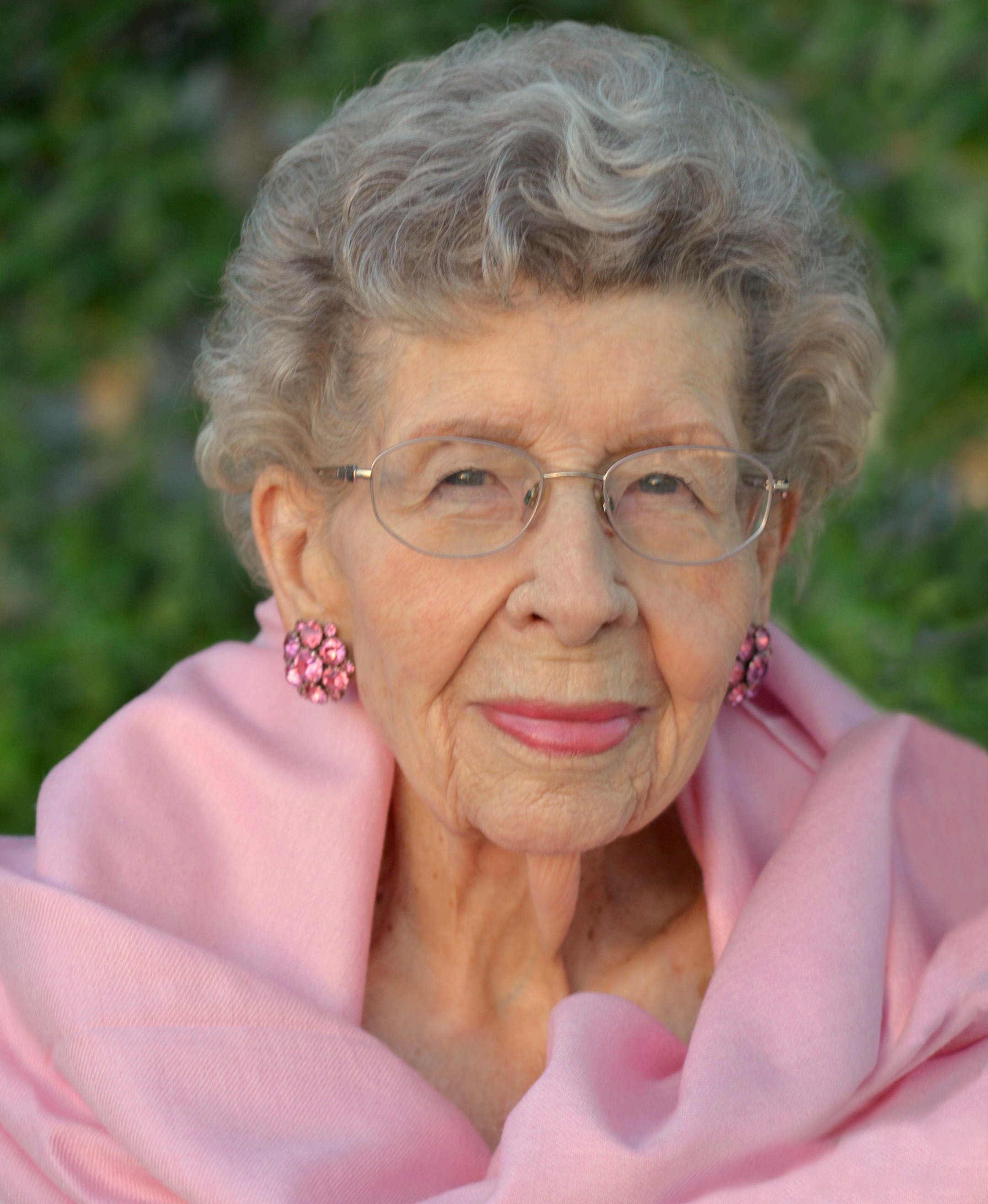 Former Arizona Mother of the Year, Myreel Smith Lewi, passed away peacefully at home in Kingman, Arizona on January 15, 2015. She left a legacy of love for family and devotion to God to her 12 children, 75 grandchildren and 182 great-grandchildren.

She was born September 27, 1920 in Ashurst (Graham County), a descendent of some of Arizona’s original settlers. She was raised in Globe, one of five children born to Lorenzo Wickliffe and Blanche Rogers Smith, and studied at Arizona Teachers College (now NAU). She married Malin Wilson Lewis, of Mesa, in the Arizona Temple of The Church of Jesus Christ of Latter-day Saints on December 17, 1943. They settled in Ajo where they purchased the Desert Dairy, later named the Malin Lewis Distributing Co., a milk products distribution business, which continues today under the ownership of their son, Malin. All 12 children were born in Ajo. Two of the children—Ardene in 1948 and Selwyn in 1995—are buried in Ajo. Myreel sang in a popular a capella trio and was very active in the LDS Church, the Desert Music Club and Republican Women. In 1967, the Lewis family moved to Phoenix, where Myreel continued to serve in her church and community. In 1980, she was chosen Arizona Mother of the Year. She had served a mission for the LDS Church in her youth to Virginia and later served two missions with her husband to San Francisco and Mexico City. Myreel and Malin moved to Kingman in 1995 to live with their daughter, Delon Pease and her family. Malin passed away in Kingman in 2005 at the age of 90. In her later years, Myreel compiled a multi-volume history of her life that serves as a treasure to her family today.

She is survived by her brothers Melvin, of Payson, AZ and Norman, of Spanish Fork, UT; her children Myreel Linton (Larry) of Argyle, TX, Corwin (Lynette) of Eugene, OR, Crismon (Vivienne) of Gresham, OR, Dantzelle Allen (Brad) of St. George, UT, Stayner (YuFei) of Houston, TX, Malin (Sally) of Ajo, Irvan ‘Wick’ (Lynn) of Thatcher, Delon Pease (Clyde) of Kingman, Duraye of Mesa, and Durelle Gimenez (Oscar) of Hartford, CT.

Funeral services will be Friday, January 16, 2015 at 12 noon at The Church of Jesus Christ of Latter-day Saints, 610 Eastern St., Kingman, AZ.  The funeral will be preceded by a visitation from 10:45 – 11:45 AM at that same location. Graveside services and burial will be Saturday, January 17, 2015 at 12 noon at the City of Mesa Cemetery, 1212 North Center St, Mesa, AZ.  Arrangements were handled by Bunker’s Garden Chapel.