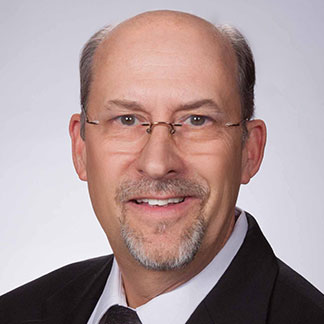 Morley John Smith, age 70, passed away unexpectedly on June 26, 2022 in a place he loved, Rose Creek, Arizona. Morley was born on February 1, 1952 in Salt Lake City, Utah to Lee C. Smith and Margaret Edna Smith. He attended Salt Lake City public schools, graduating from Highland High School in 1970. Morley was a faithful member of The Church of Jesus Christ of Latter-day Saints. He served two years in the Porto Alegre, Brasil Mission. He also served as a Bishopric First Counselor, Gospel Doctrine teacher and several other callings.  However, his favorite calling was Scout Master.  Morley continued his education at the University of Utah graduating magna cum laude with a Bachelor of Science degree. During that time he married Beverly Wood on August 28, 1974 in the Salt Lake City Temple. Morley and Beverly moved to Portland, Oregon for four  years to attend The University of Oregon Dental School where he graduated first in his class. Morley continued his education for two years in Seattle, Washington earning a degree in periodontics.  In 1981 they moved to Mesa, Arizona where Morley began his periodontal practice. He continued his education and became a periodontics and dental implant specialist. He was loved and well-respected by his patients, staff and fellow colleagues. Morley is survived by his loving wife, Beverly and children: Kimberlee (Mark Fleming), Trevor, Zachary and Brittany (Josh Mulcahy). Proud Papa to 5 grandchildren: Felicity Fleming, William Fleming, Ashlyn Fleming, Amelia Fleming and Eleanor Smith. He is preceded in death by his parents. Morley loved the outdoors from backpacking, horseback riding, hunting, competitive shooting, fishing and just puttering around at his cabin in Rose Creek. He was an avid photographer and had a vast knowledge of the natural world. He was able to travel to Europe, Africa and most recently a fishing trip to Canada and to Kauai. Trips to children and grandchildren were highlights in his life. His witty sense of humor and storytelling was enjoyed by everyone, well just about everyone.  Some of his favorite sayings included: “Are you smarter than Google”, “This is the plan”, “Shoulda, woulda, coulda”  and  “I’m not asking you to push a handcart across the western plains”. Morley’s love for his family is unmeasurable. He would do anything for his children. He was proud of each one of them.  All he desired was that they find happiness, peace and joy during their journey here on earth. Morley exemplified the Savior with his quiet, unselfish acts of kindness whether in word or deed. Morley, husband, father, papa, brother and friend will be greatly missed but his testimony that Our Heavenly Father and Savior live and the promise of eternal life will help us move on until we meet again. Funeral services will be held Wednesday, July 6, 2022 at 10:00 a.m. at The Church of Jesus Christ of Latter-day Saints , 234 N. Greenfield Rd. Gilbert, AZ 85234. Family and friends may call Tuesday, July 5, 2022 from 5-8 p.m. at Bunker Family University Chapel 3529 E. University Dr. Mesa, AZ  85213.