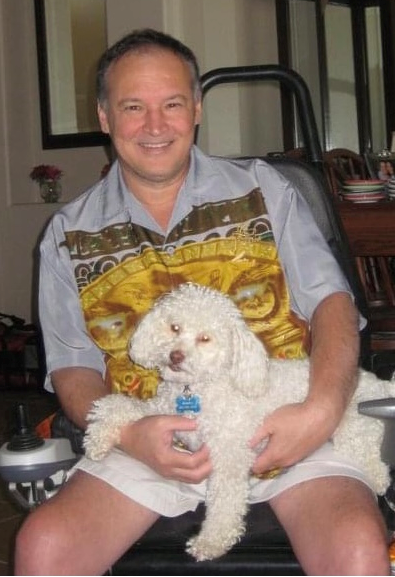 Monty was born on December 12. 1955. Monty graduated from Homewood Flossmoor High School in 1974, he went on to study Political Science at Western Illinois University.

After graduating with a degree in Political Science, he started his first job with the IRS as an Intern. Then he expended as an entrepreneur in his own real estate company, which progressed into federal contracting with the government. From there he grew and continued his education to become an appraiser. Becoming an appraiser allowed him to acquire more real estate. One of his biggest accomplishments was achieving ownership of multi-family units.

In 1986, Monty met Elizabeth in Frankfort, IL at her home. Monty and Elizabeth went on to have 1 child, Natalie. The highest form of gratification for Monty was Natalie being born into his life. Monty was very proud of her and always wanted nothing but the best for his family.

In his spare time, he enjoyed: playing poker, traveling, and listening to mentor tapes/podcast. One of his favorite places for traveling was to Las Vegas.