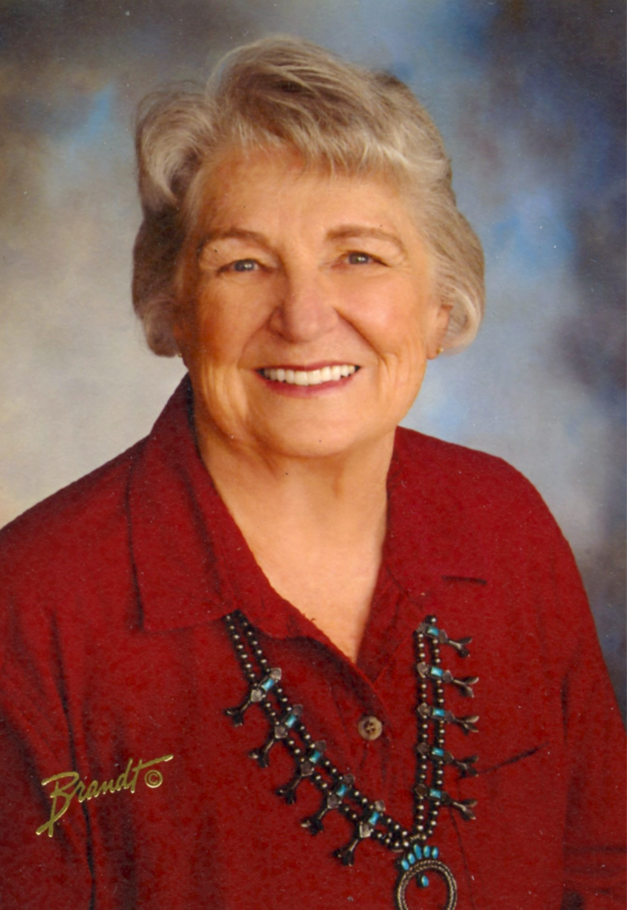 Born January 22, 1929, in Safford, Arizona, Mona was the 4th and last child born to J. David Lee and Ellen Tyler Lee. Her father was a farmer and rancher. Mona had two brothers and one sister and was the youngest by 7 years. She grew up in Thatcher.

She met Ted A Larson, her future husband, on a double-date, but not with each other! The young couple fell in love and were married on August 18, 1947, in the Salt Lake City Temple. They traveled up with their parents because the Mesa Temple was closed for summer break.

Mona and Ted decided she needed to get a teaching degree to help with their children’s mission and college expenses. She attended Eastern Arizona College and graduated from University of Arizona. She taught at Fort Thomas, Thatcher, and Safford.

After raising their family in Solomon, Ted and Mona moved to Watrous, NM, where they ranched for over 20 years. She had a fabric store in Las Vegas, NM where they also did custom sewing. While living in New Mexico, Ted and Mona served from 1994-1995 in the newly built Denver Colorado Temple. They later served two missions. Their first was in the Spain Las Palmas Mission from 1997-1998. After they moved to Mesa, Ted and Mona were called to serve in the Uruguay Montevideo Mission from 2004-2006. Later they served for many years as ordinance workers in the Mesa Arizona Temple.

Even in her later years, Mona quilted, did alterations for those she loved, sewed for the Needy Newbies, and shared her homemade bread. She was the memorable grandmother to all her bratty grandkids.

The Zoom link for the funeral on Friday