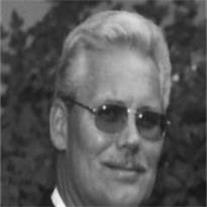 Edward John Hughes was tragically taken from us April 15, 2009 by a drunk driver. He was born June 14, 1951 in Queens, New York. He moved to Arizona in the mid-seventies. He is survived by his two children, Edward (EJ) and Jennifer and two grandchildren; brothers Michael and William Hughes and two sisters Patricia Bohlan and Jane Levy. A private family service will be held in Sedona. In lieu of flowers Edward’s Family would ask you to make contributions to the ~A New Leaf Foundation~ at www.anewleaffoundation.org/waystohelp.htm. Arrangements handled by Bunker’s Garden Chapel 480-696-6883.