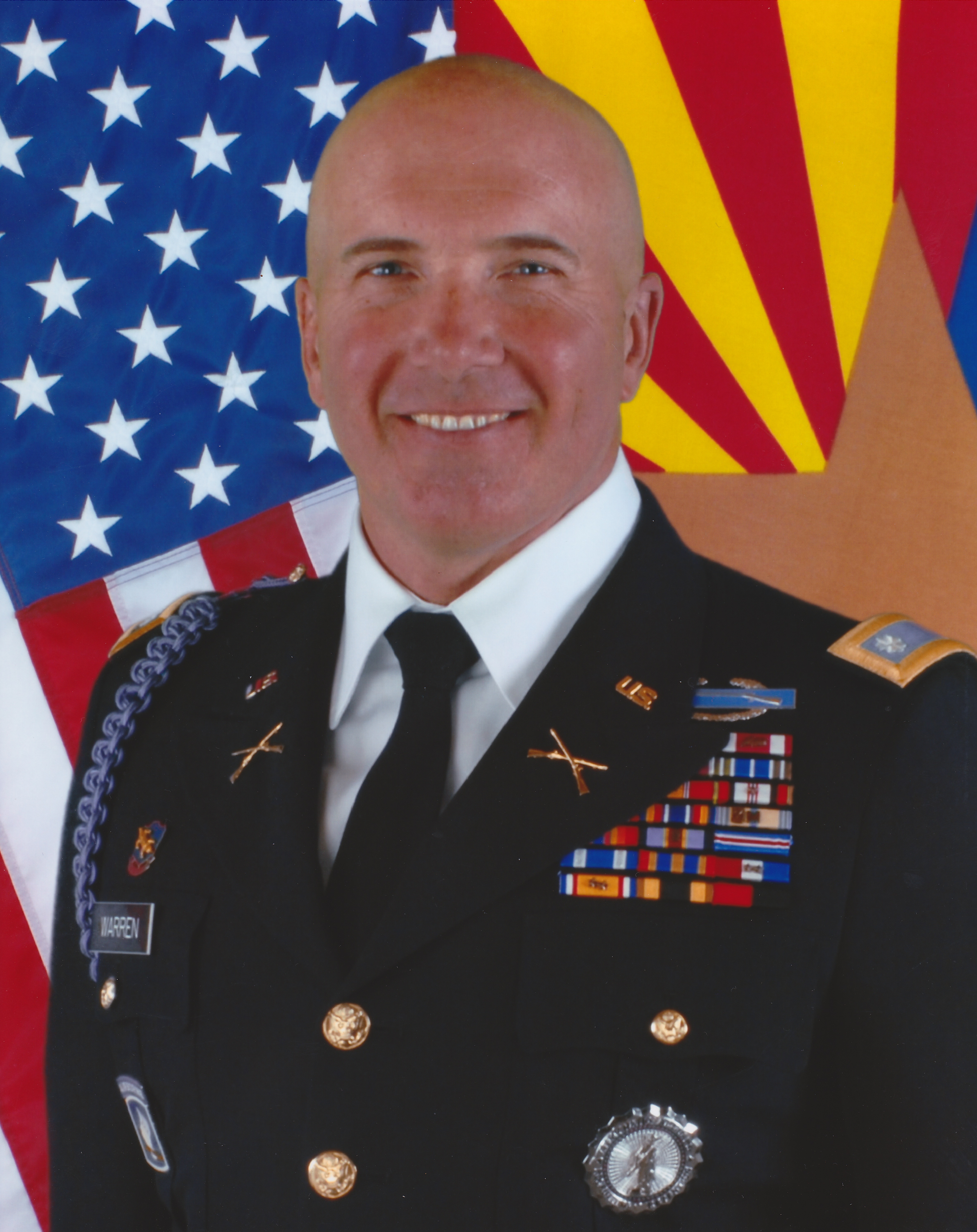 LTC Warren is survived by his wife, Sheila, and five children Michael Warren, Jr., Jody Warren, Kevin Warren, Taylor Dennis, and Jackson Warren. Michael was a loving husband and adored father who enjoyed spending time with his family very much.

LTC Warren was born July 24, 1963 in Phoenix, Arizona, the oldest of five sons born to Lillian Barbara (Rollins) Warren and Michael C. Warren.  LTC Warren earned a Bachelor of Science in Accountancy from Arizona State University in 2001, and a Master of Military Art and Science from the School of Advanced Military Studies in 2012.  His military education includes the Field Artillery Officer Basic Course, where he graduated as the Distinguished Honor Graduate, the Field Artillery Officer Advanced Course, the Infantry Captain’s Career Course, the Combined Arms and Services Staff School, the Command and General Staff College, and the Advanced Military Studies Program at the School of Advanced Military Studies.

LTC Warren has been on active duty since 2003.  He retired from the Tempe Police Department as a Sergeant with over 20 years of service in 2005.

LTC Warren’s hobbies included reading historical novels (his favorite topic was World War II), attending sporting events (he cheered for ASU, the Arizona Cardinals, and the Arizona Diamondbacks), riding his motorcycle, and vacationing with his family.

A viewing will be held Wednesday, May 6 from 6-8pm at Bunker’s Garden Chapel, 33 N. Centennial Way, Mesa, AZ, and a funeral service will be held Thursday, May 7 at 9:30am at Light of the Desert Lutheran Church (33175 N Cave Creek Road). Full Military Honors will follow at 12:30pm at the National Memorial Cemetery of Arizona.