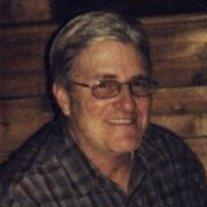 Michael Keith Blair, 60, was called home to our loving Heavenly Father on December 30, 2013. He was born to Keith and Shirley Blair on February 5, 1953 in Globe, AZ. Mike was a beloved husband, son, father, brother and Papa. In 1974 he met the love of his life, Valeri Larson. They were married in the LDS Manti, UT temple on February 28, 1975. In Mike’s own words, “What a great way to start the rest of your life, being married to someone you love and adore, and being married for time and eternity.” Left to carry on his traditions are his wife Valeri, and his five children Michael Blair Jr (Angie), Heather Morris (Myron), Sarah Blair, Brianna Allen (Matt) and Cassie Morris (Michael). His legacy will be continued through his 20 grandchildren; Mikayla, Bailee, Lacey, Kaitlyn, Tanner, Alexis (Lexi), Hunter, Paytan, Jordan, Lyli Anne, Tyla, Chloee, Jack, Karson, Brigham, Joseph, Zack, Gavin, James and Alivia. Mike served a faithful 2 year mission in Stockholm, Sweden for The Church of Jesus Christ of Latter-Day Saints. Before that, he exceled in academics, baseball, football, and basketball. Just about everything he touched ended up amazing. He was known for his amazing talent of building just about anything, his selflessness, generosity, fun loving nature, and of course, his incredible sense of humor. He will be missed by all! Funeral services are Monday, January 6, 2014 at 10:00 am, preceded by a viewing at 9:00 am at the LDS church at 3580 East Houston Ave Gilbert, AZ 85234.