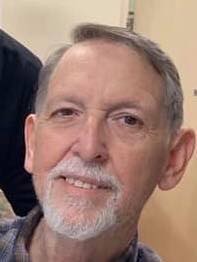 Mike grew up in Kernersville, NC and graduated from East Forsyth High School, class of ‘68. In 1968, he was drafted into the Army and served until 1971. After an honorable discharge, he worked full time as he began his career in retail with Kmart, opening stores around the US while attending college full time. In 1979, he transferred with Kmart to the western US and met and married Lesli in Mesa, AZ in 1982, and was sealed for time and all eternity in the Mesa, Arizona Temple. He worked in management for Kmart for 33 years. He then shifted to management with Best Buy for 7 years and retired in 2012. He spent his retirement visiting family and teaching Kindergarten and 1st grade.

Mike’s pride and joy was his wife Lesli of 37 years as well as his kids. He also had a special place in his heart for his grandchildren.

Visitation will be held Friday, January 3rd from 7:00 PM to 9:00 PM at Bunker Family Funeral Home at 33 North Centennial Way in Mesa, AZ. There will be a viewing beginning at 10:00 AM and funeral to follow at 11:00 AM Saturday, January 4th at The Church of Jesus Christ of Latter Day Saints building located at 1852 North Stapley Drive, Mesa, AZ 85203.