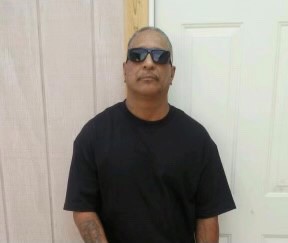 Michael is survived by his children, whom he loved more than life itself, Sheldon (Yvonne), Loyola, Valentino, Brandy (Joe) and Anthony, and the grandchildren he adored: Jeremiah, Michael, Giovanni “Gio”, London, Paris, Mila “Lola” and Jordan, as well as his oldest brother, Celestino “Boy” (Linda), his niece Rhapsody (Nick & son Zeke), whom he lived with, his lifelong best friends, Mario & Freddy, and many, many other beloved nieces, nephews and family and friends.

He was greeted on the other side by his mother, Ola, grandmother, Fannie Moreno, four siblings, Ann “Willow” Booras, Eugene “Bronco” Moreno, Rose “Gerchie” Vincent, and Maria “Bebee” Rios and many other family & friends who left this world before him.

Michael grew up in Phoenix in the Marcos de Niza housing projects and he loved to talk of all the crazy times he had with the friends he made there. He attended Lowell Elementary School and Phoenix Union High School.

Michael worked for many years at La Canasta Mexican Food Products in many roles and was proud of his time there. He especially loved to talk about having a small role in the preparation for the Presidential Visit to the factory by President Clinton in 1999. It was a highlight of his working life. He remained in the food production industry for years and worked for other companies as well.

Michael truly loved spending time with his family, especially his children and grandchildren. He loved to watch his grandkids play and enjoyed laughing & joking with them. He enjoyed any time he was with his kids and their families and looked forward to his regular phone calls with his daughters & daughter-in-law. He was so proud of them all and the people/parents they have become.

After he could no longer work, he found a hobby that he loved. He began to work with wood and loved refinishing old items and making them new again. He enjoyed being in the workshop, listening to his music and creating. He was always trying new techniques and would surprise himself with the end results. Although Michael did not officially belong to a parish, he was proud to say he was Catholic and would attend Mass with his niece, Rhapsody, and her family. He especially loved to attend Mass at the Chapel in the Banner Good Sam Hospital as it was an intimate Mass, and he enjoyed the priest.

“Uncle”, as he was loving called by his nieces and nephews and their friends, found that he truly loved to help others. He would help anyone who needed it – he helped people pack moving trucks, hang Christmas lights or any other task that needed to be done. He especially enjoyed handing out bags of goodies to the homeless this last Christmas.

Michael / “Uncle” had an infectious laugh, and his silly smile would always bring a smile to everyone’s face. He will be greatly missed by so many.