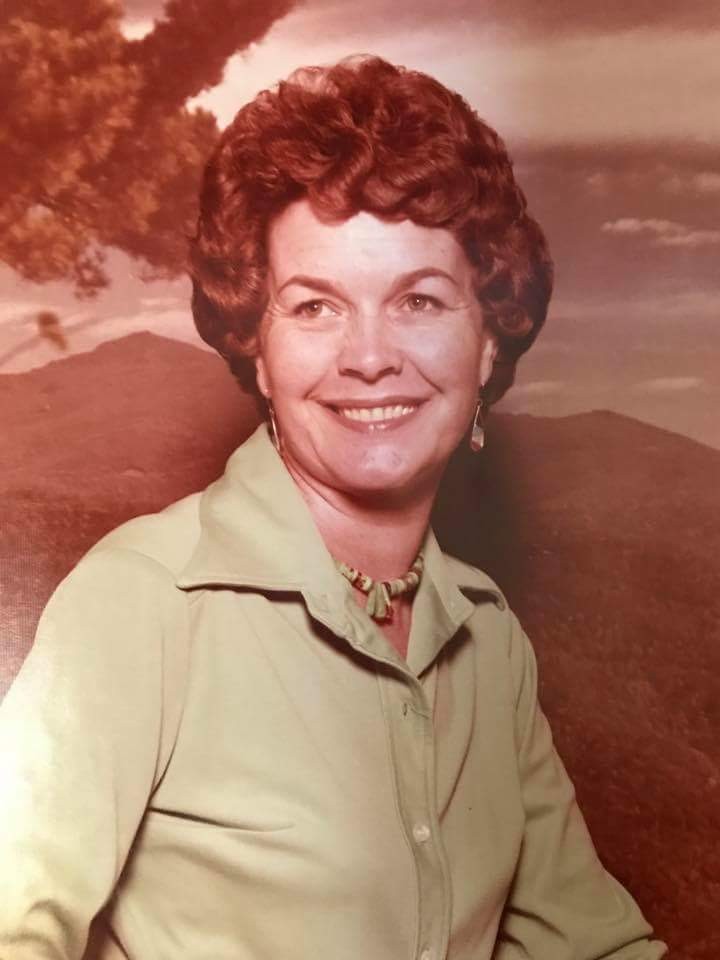 Merle Wright Dick Volrich, Age – 83 years.  Returned to her Heavenly Father September 28, 2017. On April 9, 1934, Merle was born in Hurricane, Utah to Samuel and Verda Stout Wright. The youngest in a family of seven, four sisters and a brother.  Hurricane was home until the third grade and when the family moved to Provo, Utah; to Kennewick, Washington and eventually back to Hurricane for Merle’s 6th, 7th and 8th grades.

In 1948 the family relocated to Phoenix and except for a two-year period in Michigan, Merle has lived in Arizona since. She graduated from North Phoenix High School where she was a cheerleader.

She took several college classes but regretted not completing a degree. She met and married Kenway and they welcomed five children: Douglas B. Dick (Christine), Shelley Dixon (Kieth), Denise Tennant (Jim), Laurie Richardson (John), Lynette Colvin (Gary). The family has grown to 19 grandchildren and 42 great-grandchildren. This kept her busy enough to put a college degree on a back burner. Their marriage ended 23 years later but throughout the years Kenway and Merle remained friends.

But over the years Merle did substantial traveling and loved it immensely. In 1985 her youngest daughter Lynette’s husband was stationed in Germany. Merle, her husband Joe and daughter Denise were fortunate to spend three weeks with them in October one of the most beautiful times of the year to travel. They traveled all around the area, visiting Luxembourg, Belgium, Holland, Bavaria and Salzburg. Subsequent overseas travel took her to Paris, twice to Italy, Rome and Venice. She cruised to Hawaii and Alaska.

Besides traveling, Merle pursued a variety of other interests. She and Her husband Joe were the King and Queen of the Arizona Polka Club in 1983. She always loved to dance and did much of it over the years. She also did beautiful woodworking making mostly furniture. Her first piece was a coffee table, then a cherry desk and an entertainment center. While in Sorrento, Italy she visited a marquetry factory and said: “I can do that!” She came home and made a weaver’s bench inlaid with maple and walnut. It was one of her most cherished pieces.

But this talented lady’s interests were not limited to wood. She took up weaving and accumulated nine looms. On these looms she created beautiful fabric and beaded fabric that she made into jackets, placemats, and other high quality items. She also loved gardening and music, especially singing.

While living in Prescott Valley for nearly 17 years, her second husband Joe passed away in 2008 after 25 years of marriage. After his death, Merle decided it was time to sell her home in Prescott Valley. She moved to Mesa, eventually relocating to Generations at Agritopia in Gilbert with her little Chihuahua/dachshund mix Bailie where they enjoyed retirement together.

She will be missed by her family and friends. There will be no services (at her request.)