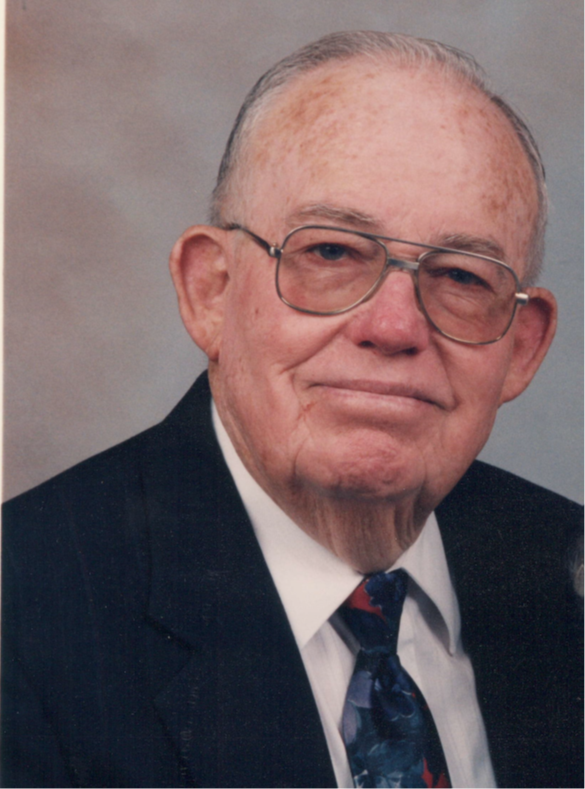 ** Please click this link to see the service live**    http://mywebcast.churchofjesuschrist.org/gilbertarizonagreenfieldstake

Melvin Glenn Guthrie, of Gilbert, Veteran, Educator, and fourth generation resident of Arizona, died in Gilbert, Arizona on December 17, 2020 at the age of 95. He was born in Douglas, Arizona on June 5th, 1925, to Anna Elizabeth ( Dillman) and Loren Vaughn Guthrie Jr. Glenn was the second of four children who were raised, in their formative years by caring grandparents, aunts and uncles when their mother died in 1935. He attended schools in Higley, Paradise Valley, Elfrida and Mesa, graduating from MUHS in 1941. Quick to be grateful to friends, relatives, and mentors along the way, he honored his Guthrie and Dillman grandparents, many excellent teachers, scoutmasters, Willis Rollins and Elias Brimhall and MUHS Superintendent, Harvey Taylor. Treasured best friends were Max Killian and Wallace Sabin. Glenn was an early Eagle Scout. He enlisted in the US Navy in June, 1943 and served aboard the aircraft carrier USS Saratoga.

He met Wanda Knudsen in April 1945 while home on leave after his ship was badly damaged with a heavy loss of life while supporting the Marine invasion of Iwo Jima. Theirs was a beautiful, unique love story as they courted 21 days before he went back to the Navy. They wrote each other every day for six months. Wanda was the love of Glenn’s life, and they were married in the Mesa Arizona Temple on 15 November, 1945. After Glenn’s discharge from the Navy in 1946, he earned degrees from Arizona State College and ASU ( 1950, 1955, 1965.) After teaching (6th, 8th, 9th grades) ten years in Mesa schools, he served 18 years as principal at Alma School (2), Mesa Jr. High (8) and Poston Jr. High (8) retiring in 1982.

Always active in the Church of Jesus Christ of Latter-Day Saints, Glenn enjoyed his many assignments to work in boy scouting and other teen activities. He was a member of Mesa Baseline Rotary Club for 13 years. He worked for many years to further the work of Mesa United Way in its annual drive.

Glenn and Wanda had a high fidelity marriage. He always spoke of her as ” the biggest blessing in my life”. They are parents of six children: Anna Jean( deceased) (Royce West) of Gilbert, Catherine ( Dennis Vance) of Puyallup, WA, Marlene ( Robert Elliott)  of Gilbert, Steven of Gilbert, Dale ( Jo Ellen) of Gilbert, and Wayne ( Kathy) of Vernal, UT. Glenn was preceded in death by his parents, wife Wanda, brother Loren, sister Eileen Black, and daughter Ann West. He is survived by five children, 31 grandchildren, 100 great- grandchildren, and his sister Charmaine Halverson of Bountiful, Utah.

**To view the service that was previously recorded, please see the link below. This will be available on Wednesday, 12/30/2020**