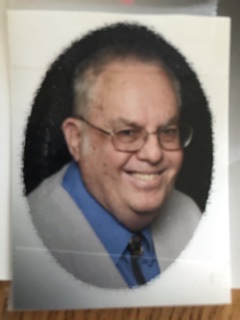 Maurice Joseph Landrin III (Joe) was born 1941 to Maurice Joseph Landrin Jr and Martha Litlebo Landrin. He was the oldest of 4 children. He is preceded in death by his wife of 51 years, his parents, 2 of his siblings, his sister Pat, and brother Stephen, and his daughter Kathleen. He is survived by 5 children, 19 grandchildren, 27 great grandchildren and 1 great, great grandchild. He was a Vietnam Veteran who loved his country. He met his eternal companion Marianne at work in 1968 and married her that same year. Marianne brought her 4 children (Carolyn, Dewey, Jim, and Allan) into their family. They had 2 more children together (Joey & Kathleen) in 1970 and 1971. Joe always provided for his family both financially and spiritually. He never considered Marianne’s kids as “step kids”, but as his own. As a “stepdad” he “STEPPED UP”. His most enduring trait is the way he doted on his beloved wife; he always put her first. He is a great example on how to take care of your spouse and family. He is the best husband, father, and friend you could have and will be dearly missed.